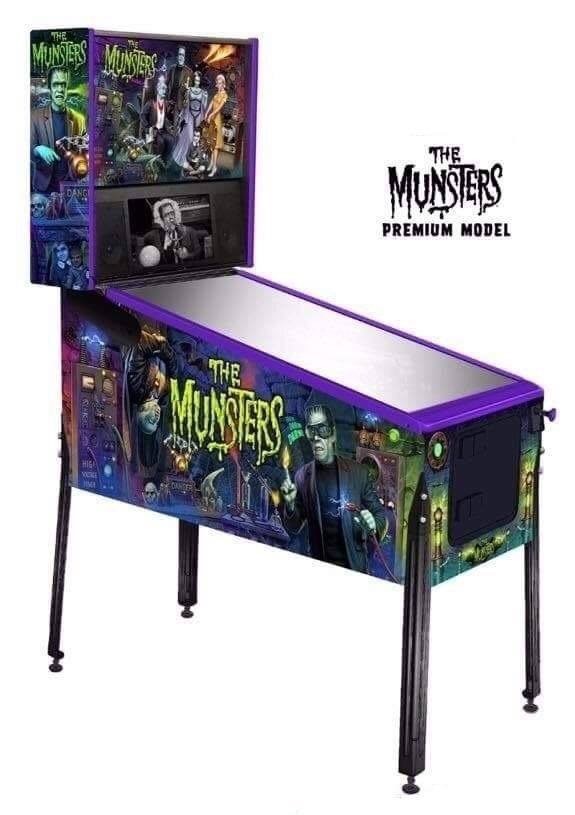 Following widespread rumours that Stern Pinball are set to launch their new Munsters inball machine, Pinball Heaven is delighted to announce it will have the eagerly awaited Munsters pinball machine for sale in the UK as soon as it becomes available.

No release date has been announced yet for Stern’s new Munsters table. However, speculation surrounding the Texas Pinball Festival official announcement that Butch Patrick, aka “Eddie Munster” and Pat Priest, aka “Marilyn Munster”, will be appearing at TPF2019 for the entire weekend, suggests the release date will certainly be prior to March 22nd 2019. Indeed, Dennis and Tony from KCGameKon Podcast consider the release will be announced anytime up to the opening few weeks of 2019, depending on Stern’s current orders for their Deadpool and popular back catalogue tables.

Once released, Pinball Heaven will be offering the Stern Munsters Pinball Machines in Pro, Premium and Limited Edition models for sale throughout the UK.

Pinball Heaven will also be offering our exclusive two-year warranty on all three variants of Stern Munsters Pinball Machines. Please ask us for more details.

The Munsters Pro Table Will Feature

If you are interested in being one of the first to purchase the new Stern Munsters Pinball Machine, feel free to call Pinball Heaven on 01772 816677 or email us.