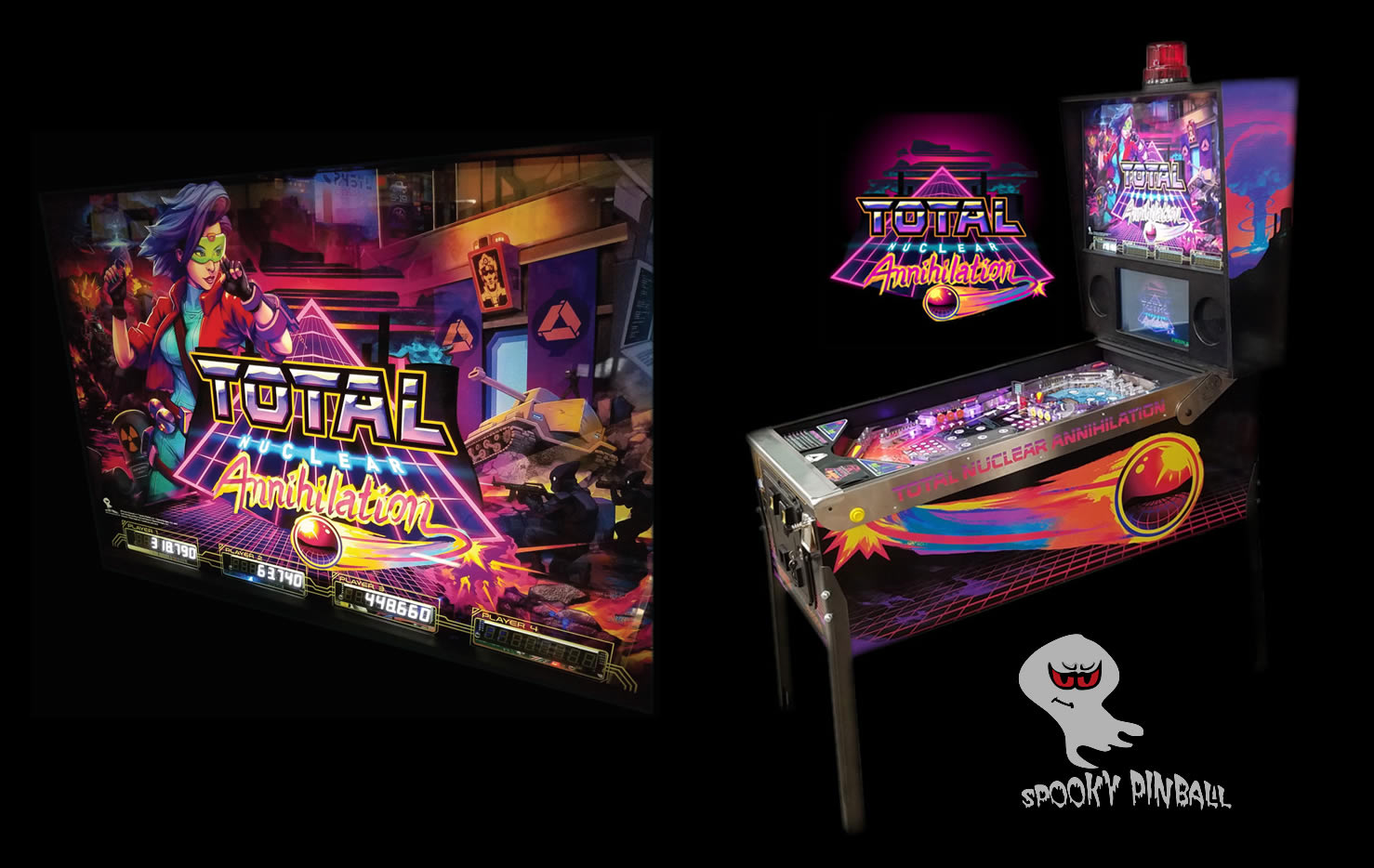 Last week, Spooky Pinball’s Total Nuclear Annihilation (TNA) designer, Scott Danesi mentioned on Pinside that while there was no current timetable for an announcement, “Spooky will be re-running TNA again soon.”

Released in September 2017, Spooky’s Total Nuclear Annihilation pinball machine enjoyed a run of just 550 units, and with a raft of positive reviews and a Pinside ranking of 8.115 out of 10, a TNA re-run would be positively received.

Simple to learn, but difficult to master

According to TV Tropes, Danesi’s intent was to create a machine that was simple to learn, but difficult to master – much like pinball in the early-’80s. To that end, TNA is relatively feature-sparse, featuring no toys or fancy decoration, like one would expect from a modern pinball game. The closest it gets is a mini-playfield and an innovative way of locking balls for multiball, by shooting a ball into an enclosed area, and then a gate will pop up and hold it there. With two tiers of gates loaded, shooting a third ball into it will release both of them and properly start multiball. However, the presentation is comparatively elaborate, with retraux ’80s artwork and music creating an implicit war-torn setting.

TNA’s focus is instead on the actual pinball action, which centres around starting, overheating, and destroying nuclear reactors (in that order). Shooting the scoop activates them, hitting the grid drop targets heats them up, and shooting the game’s sole pop bumper will finally explosively overload it. Repeating this process will ultimately result in the titular Total Nuclear Annihilation. This stripped-down approach to pinball results in a rather difficult, but deceptively simple game, that is well-suited for competitive play.

A whole new lease of life

Featuring 3 flippers, a pop bumper, 5 slingshots, 11 standup targets, 3-in-line drop targets with ball locking capability, 2 scoops, a spinning target, ball save display, LCD and dedicated numeric score displays, 3-in-line drop targets which physically lock up to 2 balls, a 3-ball multiball, plus a Red beacon topper, Spooky Pinball’s Total Nuclear Annihilation could enjoy a whole new lease of life with perhaps some updated code and features, and how about a 2022 cabinet facelift too?

To date there has been no official statement from Spooky Pinball, however Danesi is currently rumoured to be working on new 2.0 code, which is said to be compatible with the first run of the game. So this could be good news all round for all TNA fans.