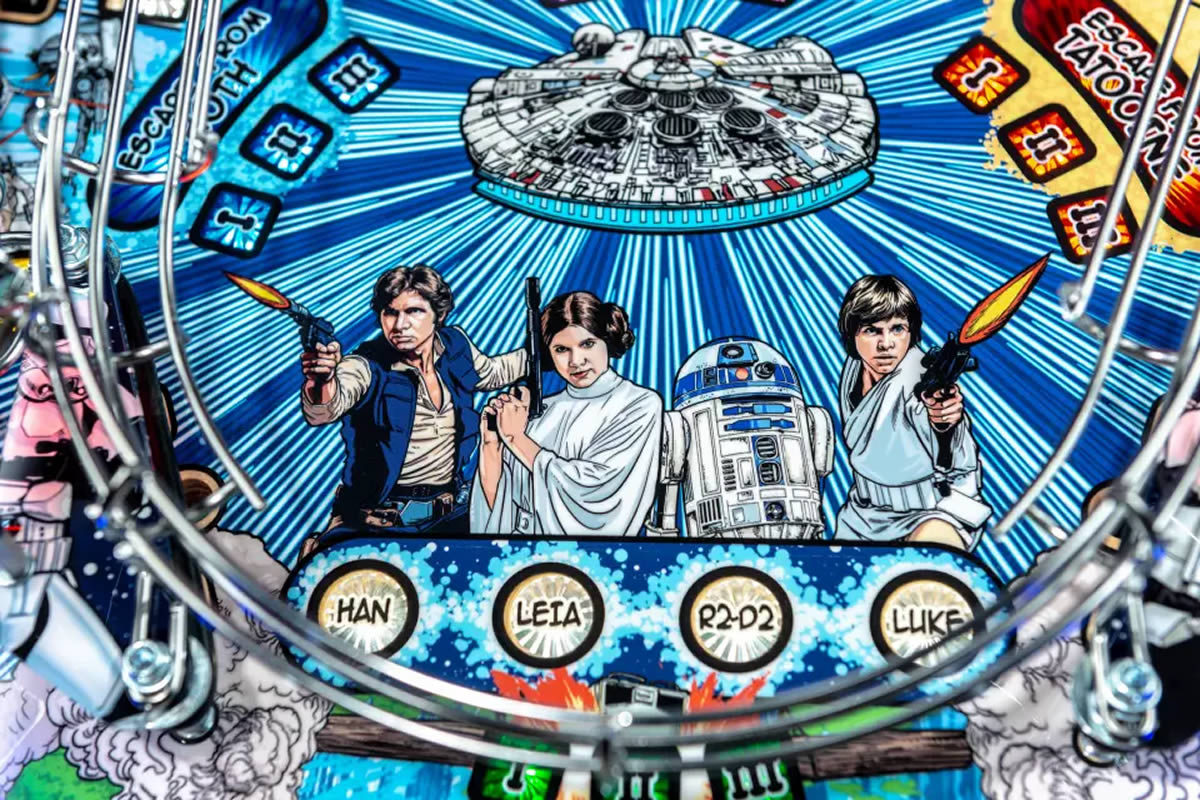 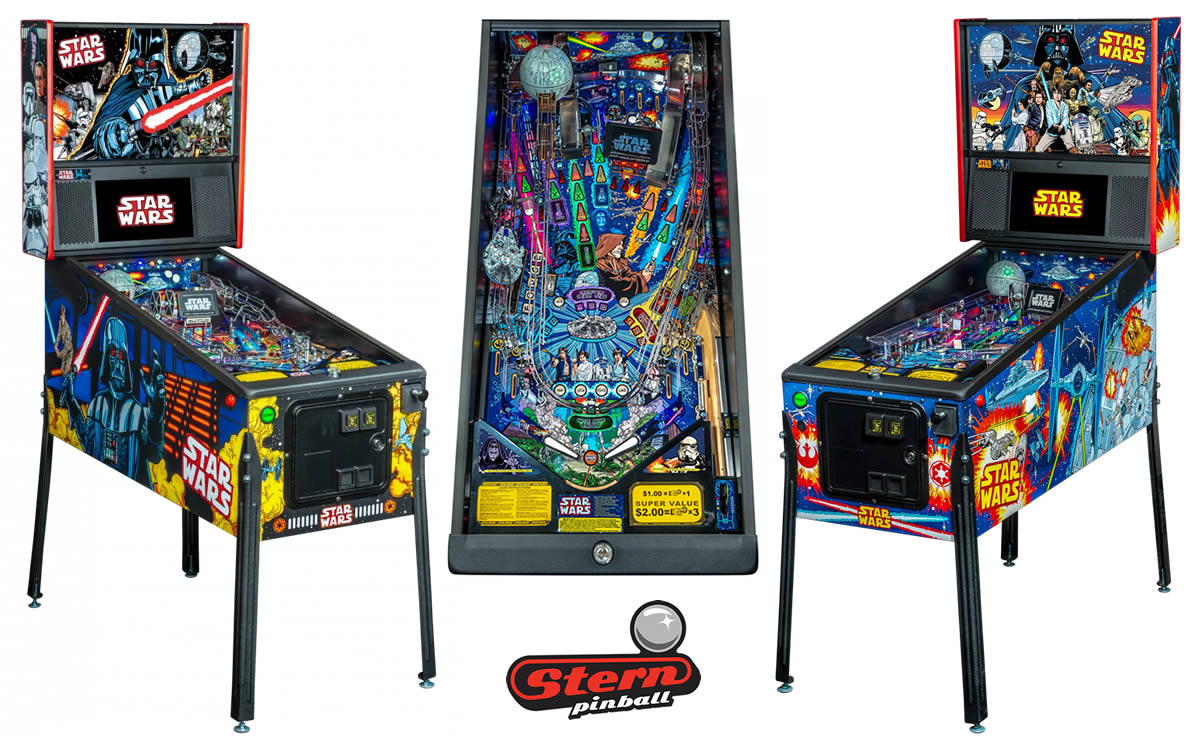 Stern’s new Star Wars themed pinball machines feature the artwork of one of today’s most popular artists, Randy Martinez.  Randy has been illustrating for over 30 years receiving countless accolades of his work.  Through a broad spectrum of his skills, Randy has been creating cartoons, caricatures, illustrations, paintings, and 3D art for Lucasfilm since 1999.

“Fans of both pinball and Star Wars will be impressed by this hand-drawn comic artwork.  It is stunning and captures everything a true Star Wars fan could ever want in their pinball machine,” said Gary Stern, Chairman and CEO of Stern Pinball, Inc.

The Star Wars Comic Art Pro and premium pinball machines made by Stern are packed with features that provide an irresistible game experience. The game includes select dialogue and footage from the original Star Wars trilogy, color-changing LED-lighted inserts, and a sculpted TIE fighter. All models feature two LCD screens. The Premium model also features art representing an exploding Death Star, a sculpted LED-lit Millennium Falcon and an interactive hyperspace loop that encircles the playfield and can accommodate up to 5 pinballs at once.

To reserve your new Star Wars Pinball Machine in Pro or Premium Edition, visit our online shop, or call Pinball Heaven today on 01772 816 677.