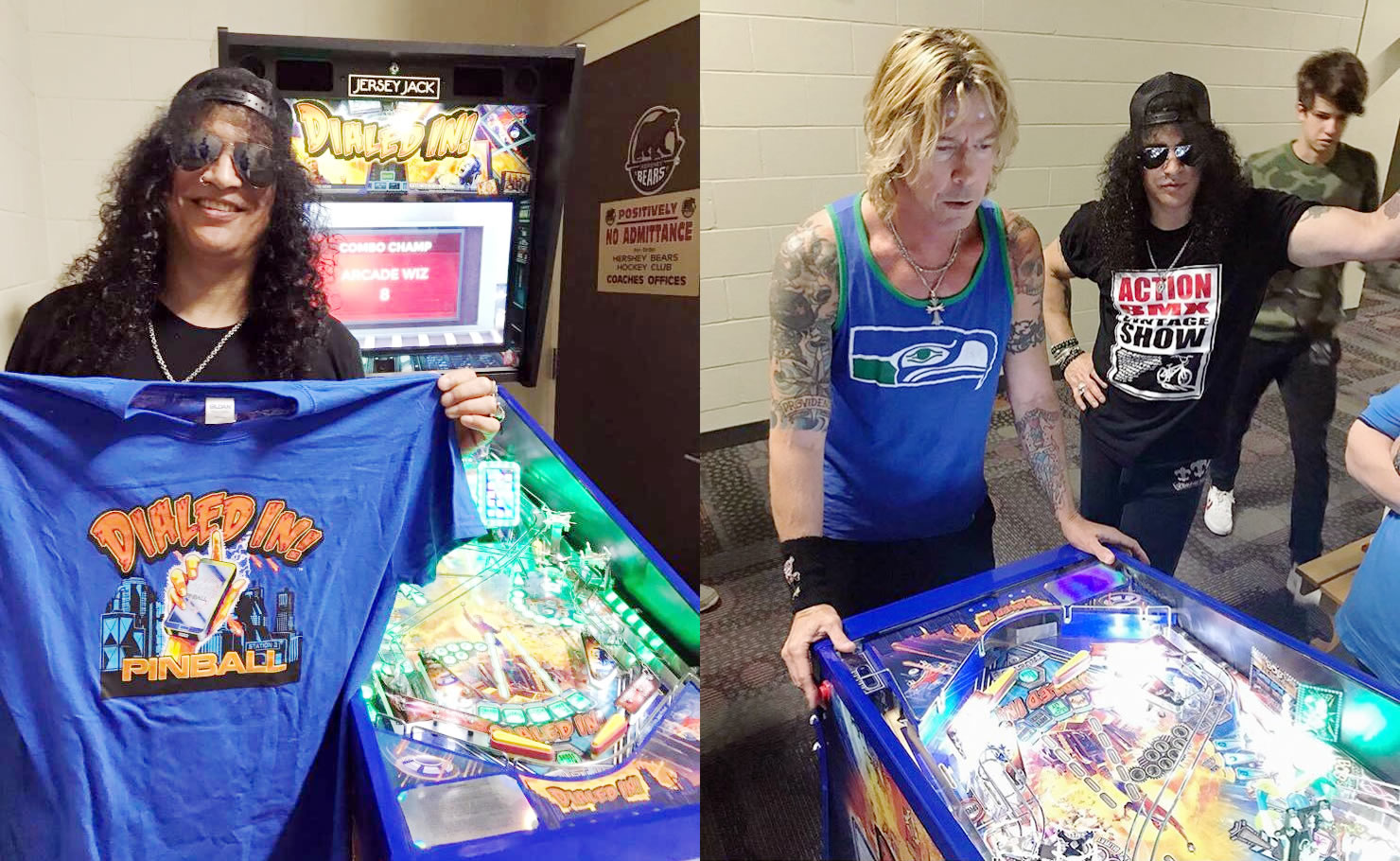 As rumoured in our Pinball Heaven blog post of 20th March, in an interview with the San Francisco Weekly, Slash has revealed a new Guns N Roses Pinball Machine is on the way.

Having discovered pinball in the early 1990’s, Slash has become a prolific fan and lists Funhouse, Party Zone, The Addams Family and Jurassic Park among his favourites.

In 1994, Data East asked Slash to participate in the creation of a Guns N Roses Pinball Machine. The soundtrack featured the song “Ain’t Goin’ Down”, a “Use Your Illusion” outtake that signs the only official release of the song. A few years later, Slash contributed to the Viper Night Drivin’ machine produced by Sega, with “Speed Parade” from supergroup Slash’s Snakepit featuring in the game, along with a few cameos from the man himself. In addition, Slash has also recorded the song “Be The Ball”, dedicated to his love of pinball. So, Slash revealing a new GNR pinball machine is on the way is not altogether unexpected.

Slash & Duff Get Dialed In

Since Slash, along with GNR bass player Duff McKagan recently tried out Jersey Jack’s Dialed In during their concert at Hersheypark Stadium, rumours abound that the new GRN pin will be produced by Jersey Jack. However, who will design it?

Given that Pat Lawlor designed the hugely popular Willy Wonka Pinball Machine recently released by Jersey Jack, and that Pat is now rumoured to be working on the new Jersey Jack Toy Story pin, will he also be designing the new GNR pinball machine? Slash stating to the San Francisco Weekly that “nothing has ever come out like it” and speculation over the new Toy Story pin being delayed because of alleged licencing issues, could well point to a Pat Lawlor designed GNR pinball machine being launched by the end of this year.

So, with the current GNR tour set to close on Saturday 2nd November, are we looking at a 4th quarter release for the new Jersey Jack Guns N Roses Pinball Machine? Nothing has been confirmed so far, but as soon as we find out we will be sure to let you know.