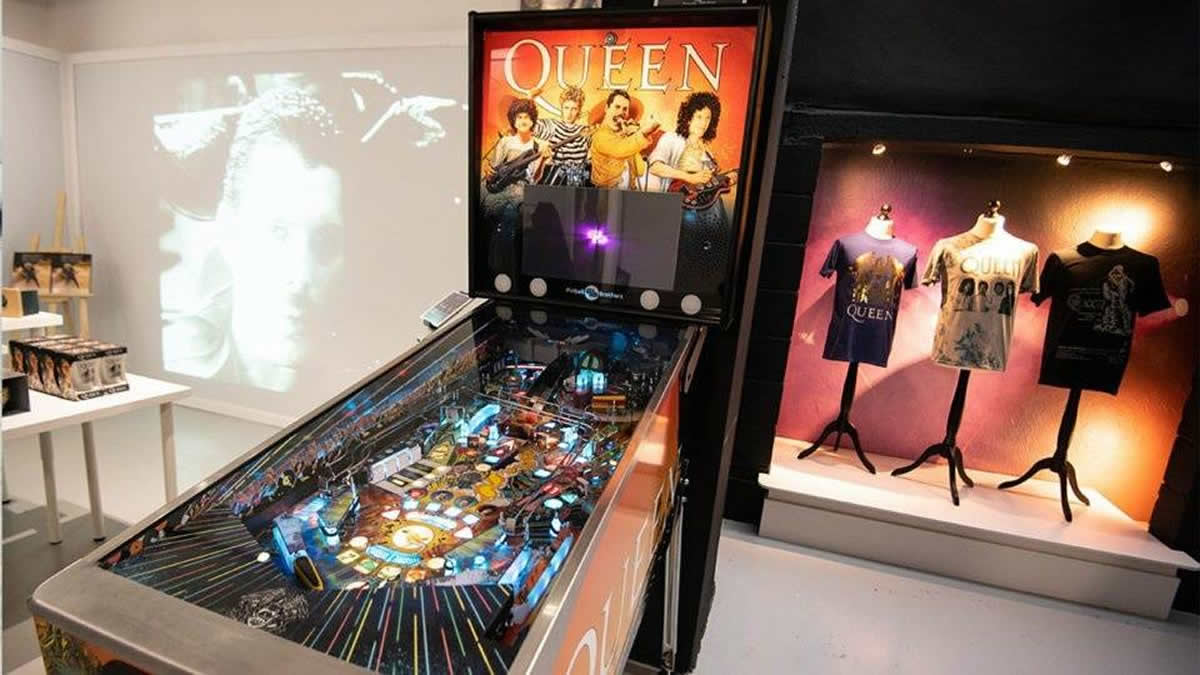 To officially mark 50 years in music, Queen has opened a dedicated pop-up shop “Queen: The Greatest” on Carnaby Street in Soho in the West End of London, just a few doors down from the iconic Rolling Stones flagship shop.

The shop was set up by Bravado, Universal Music Group’s industry-leading merchandise and brand management company, who handles Queen’s merchandising. This is the same Bravado who agreed the merchandising deal for The Beatles pinball machine with Stern. However, amongst the memoribillia, limited-edition records and fashion items available, the new Queen pop-up shop boasts a preview of the new Pinball Brothers Queen Pinball Machine.

In March 2017 at the Texas Pinball Festival, Heighway Pinball announced their next two pinball titles would be Queen and Playboy. But, on 26th April 2018, Heighway Pinball closed the doors on its factory, laid off its employees, and was liquidated soon after. The Queen project ever came to fruition, but four of the Directors of Heighway Pinball reformed under the banner of Pinball Brothers, and three years later they bring us the first reveal of the Pinball Brothers’ forthecoming release.

Catch a glimpse of the new Queen pinball machine at 4:28

According to Pinball News, the Heighway Pinball game was designed by Dave Sanders and Barry Oursler as a widebody machine and used imagery and music from Queen’s live performances, rather than their studio albums or promotional videos. The Pinball Brothers version continues on the theme of Queen’s live shows, but is now a standard width game with a redesigned playfield, although some elements from the original design remain.

The pinball machine on display at the Queen: The Greatest store is a non-playable prototype which was brought to London purely for display at the store an, the finished game may well be launched later next summer. The 2022 Queeen and Adam Lambert Tour is currently due to finish at the end of June, so how about a release date of 13th July, the anniversary of Queen’s show-stopping performance at Live Aid? 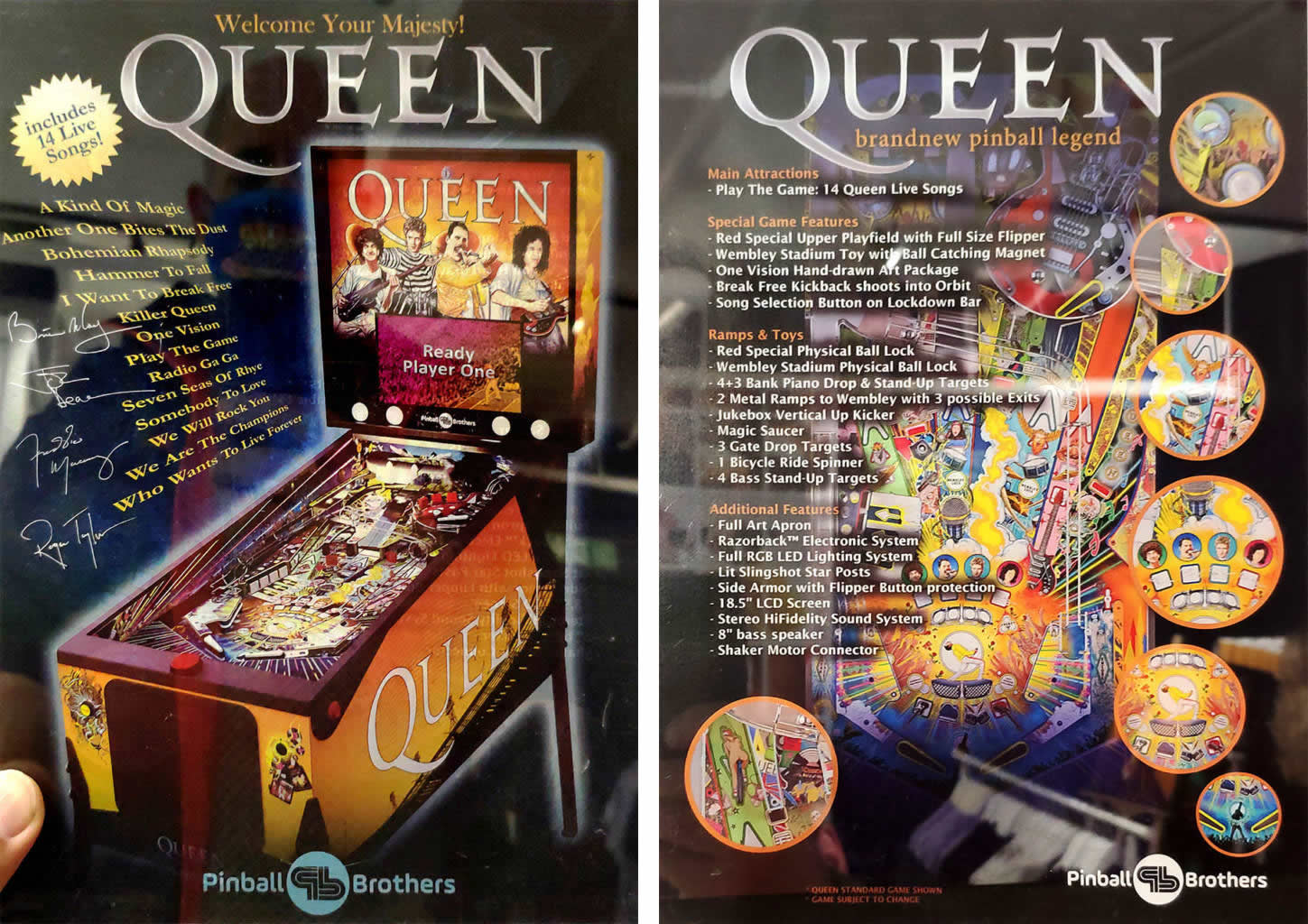 Queen has three flippers; two in the usual position and a third on on a guitar-shaped mini-playfield at the top right. Above the flippers are numerous inserts designed to show your progress through the game. One of the main rules is to complete all four band members. This works in a similar way to Monster Bash in that you can collect the instrument for each member, but also have to complete their individual objectives in order to fully light them and get their signatures.

On the left of the flippers are the inlane and outlane. The inlane is fed from the left ramp return and features a multiplier insert under a rather cloudy clear plastic. The outlane has a ‘Break Free!’ kickback lane with artwork featuring the hairstyles worn in the I Want To Break Free music video.

The images of the four band members were all based on actual photographs taken during their stage performances and were then composited to fit within the backbox’s dimensions. The backglass is secured in place with a cylinder lock, while it also has cutouts are the bottom for the sound from the stereo speakers and the game comes fitted with interior cabinet art. The video screen in the backbox plays actual Queen concert footage during games.

While this is only a snapshot look at the new Queen pinball machine, it must be said that the blend of Pinball Brothers build quality and Queen live concert soundtrack and imagery should deliver an immersive pinball experience to rival anything currently on the market.

We will bring you more information on the forthcoming Pinball Brothers Queen Pinball Machine in our Pinball Blog as soon as we have it.