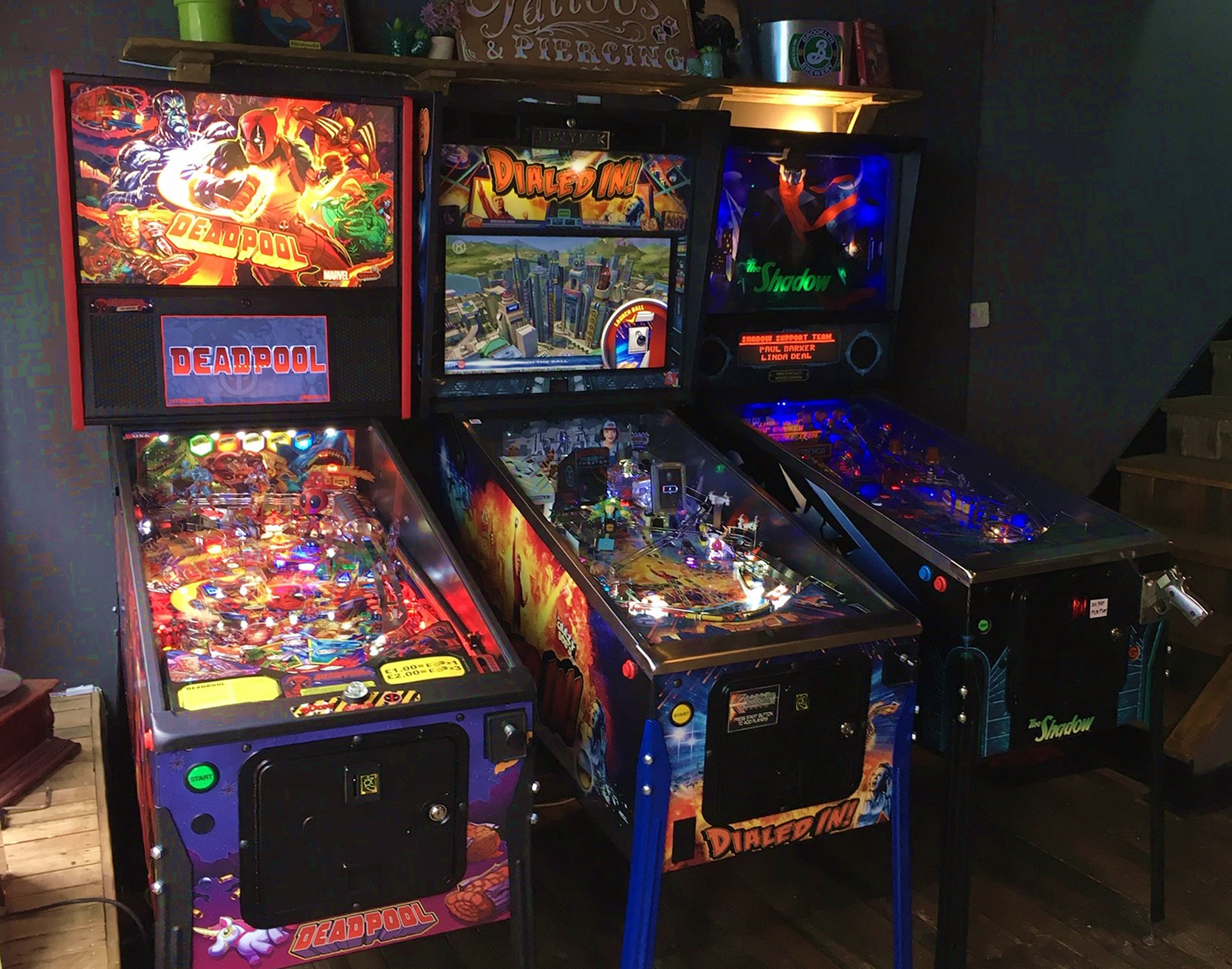 Pinball Heaven is delighted to announce it has supplied a Deadpool and Dialed In Pinball Machine on long term hire to the highly rated Retroids bar arcade in Worcester City Centre.

Retroids was founded in 2017 and was born from a passion for all things retro gaming. A nostalgic bar arcade straight out of the 80s, Retroids serves great beer with classic video arcade games, and with regular tournaments held too. 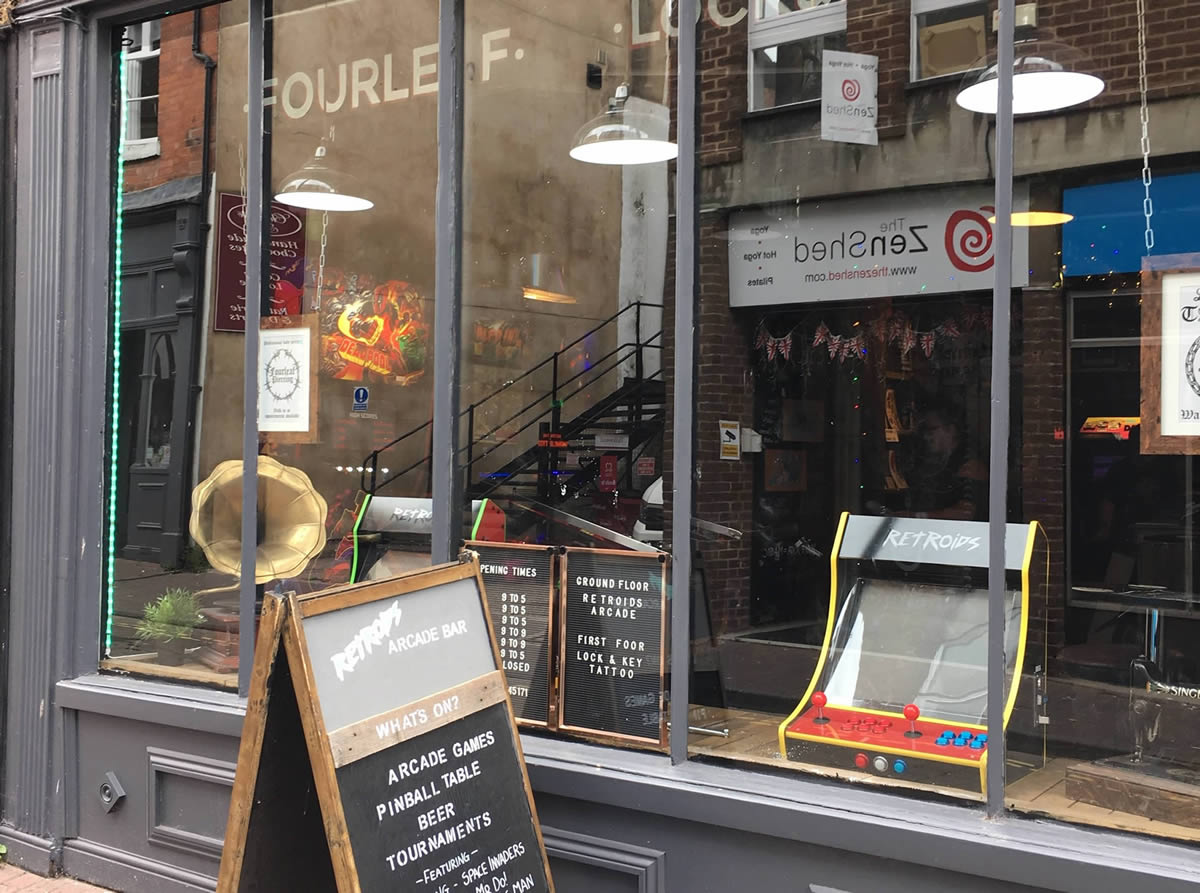 The venue has evolved into an increasingly popular Worcester attraction, offering original arcade gaming in a relaxing atmosphere, to enjoy a drink and socialise with like-minded individuals.

One reviewer describes the venue as “…a veritable candy store for retro gamers! The service is incredibly warm and friendly and there’s a jaw dropping selection of comics, Star Wars toys and of course, video games and consoles. They even have a TV+Sega Megadrive setup in the corner for customers to have a bash on, Sweet 😀 Retroids is a must visit!”

Pinball Heaven hope to enhance the atmosphere at Retroids even further with the addition of their Deadpool & Dialed In pinball machines. 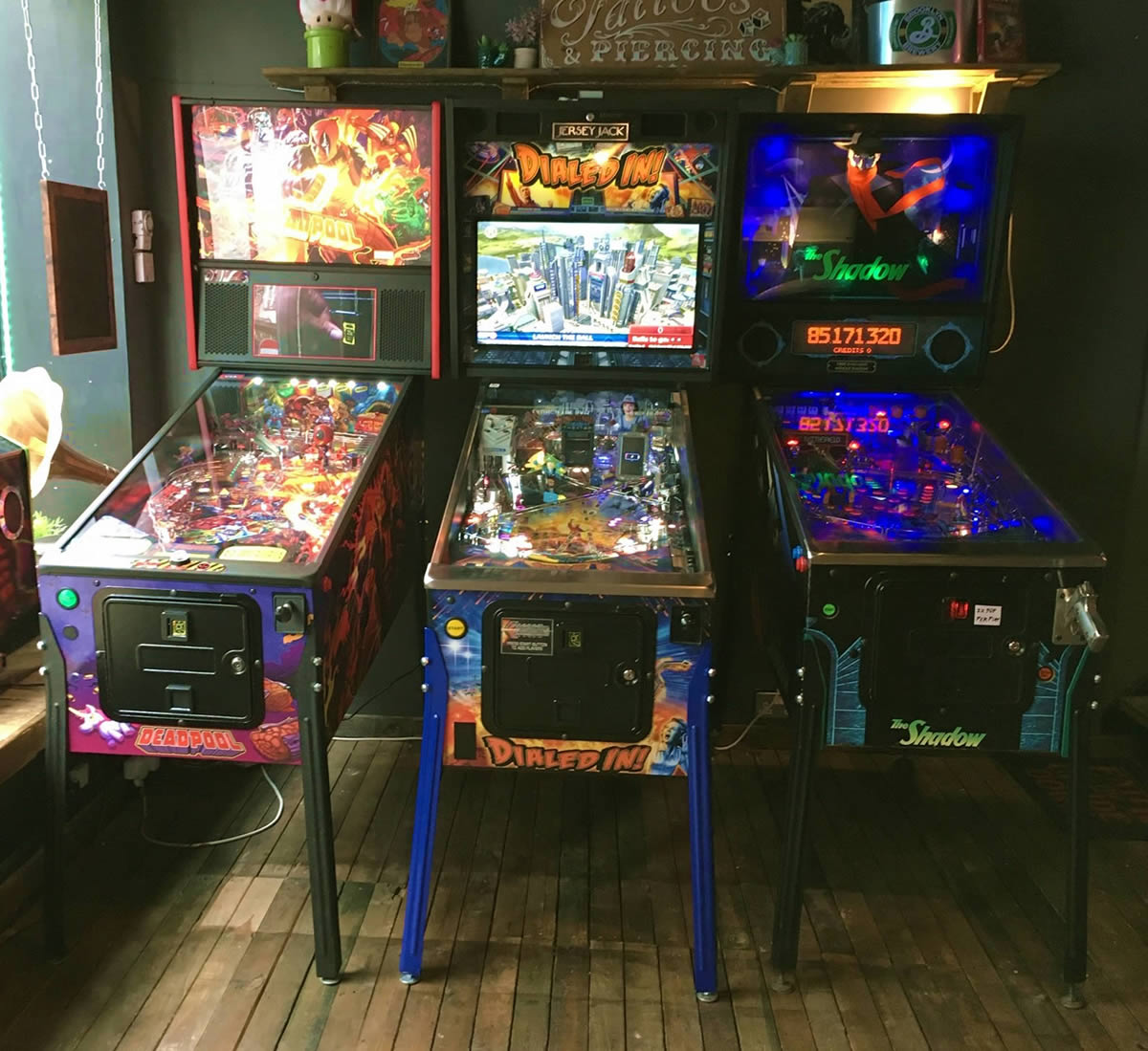 “Deadpool” by Stern Pinball is known as the “Merc with a Mouth” because of his talkative nature & is notorious for his outrageously funny offbeat humour which is featured throughout the game. Players will be immersed in the Deadpool universe, teaming up with iconic X-Men characters Wolverine, Dazzler, Domino, and Colossus as they battle against infamous villains Juggernaut, Sabretooth, Mystique, Sauron, and Mr. Sinister. Players will also tag along with Deadpool on his time machine quests as he battles against the T-Rex and the Megalodon.

With these two fantastic additions from Pinball Heaven, Retroids just got even better, so why not pay them a visit!

You can see Retroids at 2 New Street , Worcester, WR1 2DN or why not check out their Facebook page at https://www.facebook.com/RetroidsWorcester/