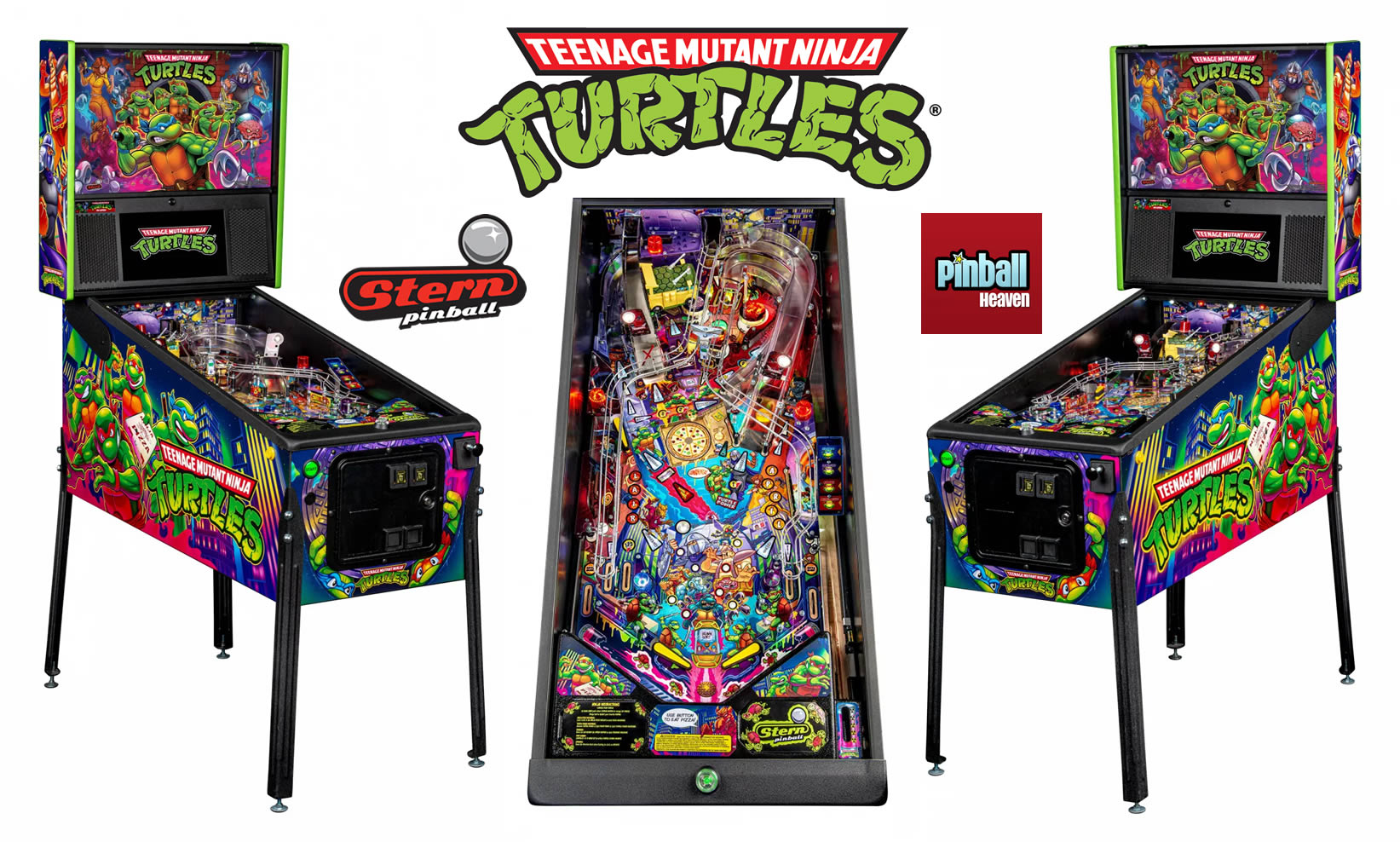 Making their first appearance in 1984, the Teenage Mutant Ninja Turtles are four superhero mutant turtles, named after Italian Renaissance artists, who were trained by their rat sensei in the Japanese martial art of ninjutsu. From their home in the sewers of New York City, Leonardo, Donatello, Raphael and Michelangelo battle petty criminals, evil overlords, mutated creatures, and alien invaders while attempting to remain hidden from society.

The TMNT characters originated in comic books first published by Mirage Studios and have grown into a beloved and iconic global pop culture phenomenon. To bring these heroes in a half-shell into the pinball dimension, Stern Pinball has worked directly with Nickelodeon, who brought TMNT to our television screens in 2012.

With a sick sewer lair and tough friends like April O’Neil and Casey Jones, the Turtles are about to face evils more dangerous and pizza more delicious than anything they could have ever imagined. In this pinball adventure players will go to battle as the Turtles fight villains like Shredder, the Krang and loads of super-powerful mutants, to become the heroes they were destined to be, and have loads of fun along the way! This game has pure pinball power,” said Gary Stern, Chairman and CEO of Stern Pinball, Inc.