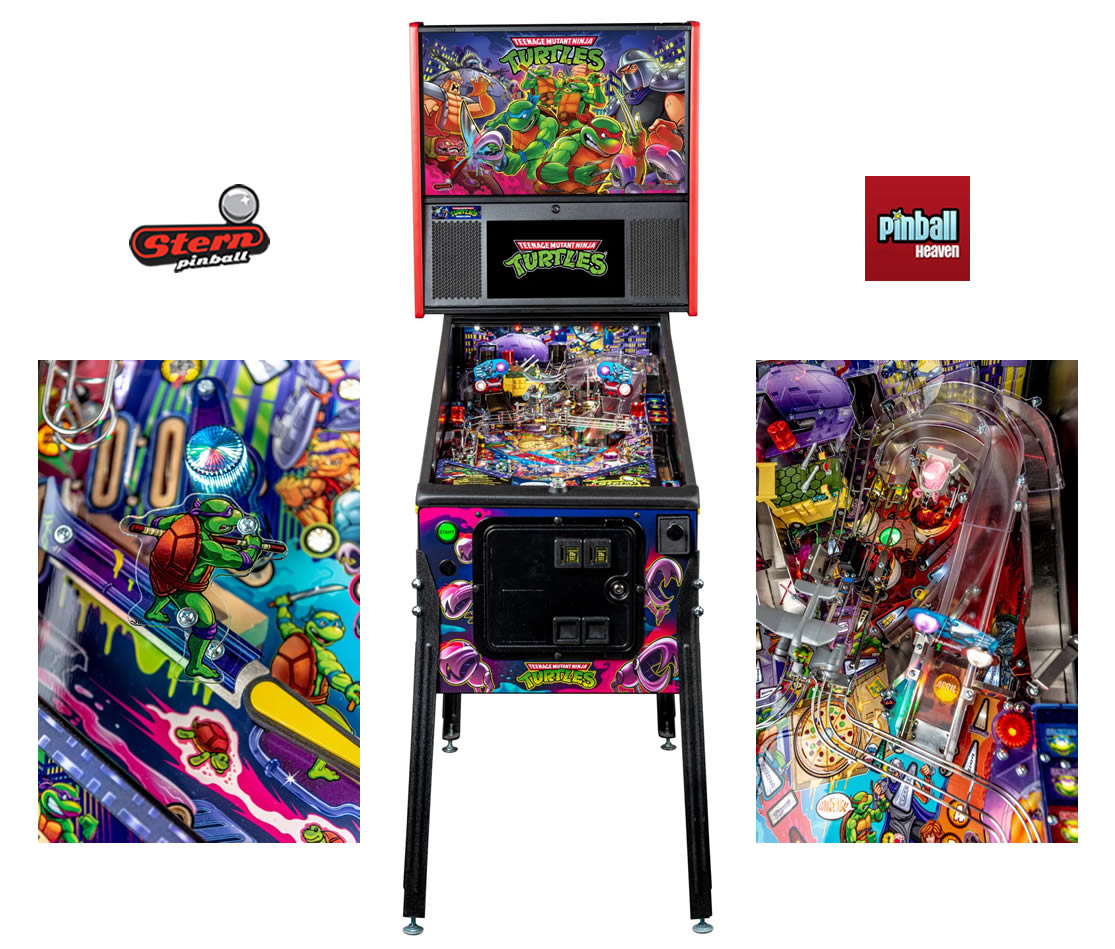 For pinball fans who grew up in the 1990s, Stern’s new Teenage Mutant Ninja Turtles pinball machine, based on Nickelodeon’s iconic hit television series, is a nostalgic and thoroughly entertaining blast from the past.

In this pinball adventure players go to battle, as Leonardo, Donatello, Raphael and Michelangelo fight villains like Shredder, the Krang and loads of super-powerful mutants, to become the heroes they were destined to be, and have lots of fun along the way!

The original 1987 theme music complements the action, with speech callouts from 17 characters immersing the player into the story and custom video scenes and events created exclusively for the TMNT pinball experience bring TMNT very much to life.

Stern Pinball’s Teenage Mutant Ninja Turtles Premium looks as if it was ripped out of the cartoon style of the ’90s, taking cues from the classic arcade cabinets of the era. The outstanding artwork was created by Jeremy Packer, a.k.a. Zombie Yeti, who has previously penned the artwork for several Stern Pinball games including Ghostbusters, Deadpool, Primus and Iron Maiden.

TMNT Premium is an eight ball, three-flippered game, with the third flipper positioned half-way up on the left-hand side of the playfield.

Teenage Mutant Ninja Turtles Premium also boasts a high-speed magnetic spinning pizza disc, which operates like the spinning disc on Twister and the Premium/LE versions of X-Men, having a magnetic core in the centre which can grab balls at the start of Multiball Mayhem, spin them around at 400 RPM and then release them so they fly off in multiple directions. The LE and Premium versions of TMNT have the added advantage that the disc can spin in either direction.

With a Mouser Invasion themed full color translite and unique side cabinet hand-drawn artwork, and stereo sound coming by way of a 3-channel amplifier with separate treble and bass adjustment and CPU mounted line-out audio connector for external amplification, Stern’s new Teenage Mutant Ninja Turtles Premium is set to be in high demand!

To order your Teenage Mutant Ninja Turtles Premium pinball machine, visit the Pinball Heaven online shop, or call us on 01772 816 677.