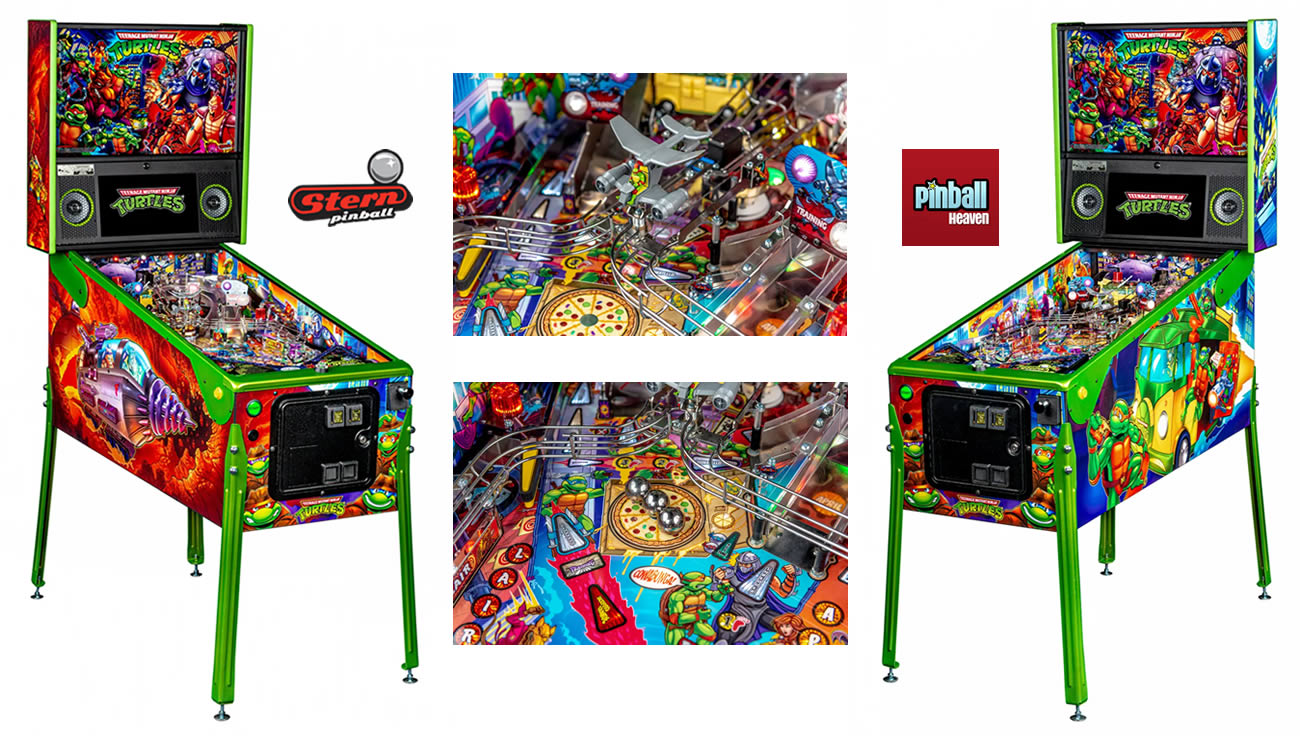 The LE edition also features the iconic TMNT Glider, a custom-sculpted, player-controlled diverter assembly stationed above both ramps, giving players the ability to control and transport the ball to the flipper of their choice.  In addition, a custom-sculpted mechanical Krang toy hovers over the pop bumpers, jumping up and down while taunting players throughout game action. Complementing the LE’s impressive range of features is a high-speed magnetic spinning pizza disc capable of holding and throwing 3 balls during pizza multiball mayhem.

Interestingly, in contrast to Stern’s recent Star Wars and Guardians of the Galaxy machines which have made use of licensed footage, TMNT doesn’t make use of any historic cartoon footage at all. Instead the 2002 TMNT engages players with custom animations and video scenes created exclusively for Stern, complimented by the original 1987 theme music, creating a truly immersive experience.

To order your Teenage Mutant Ninja Turtles Limited Edition pinball machine, visit our online shop, or call us on 01772 816 677.