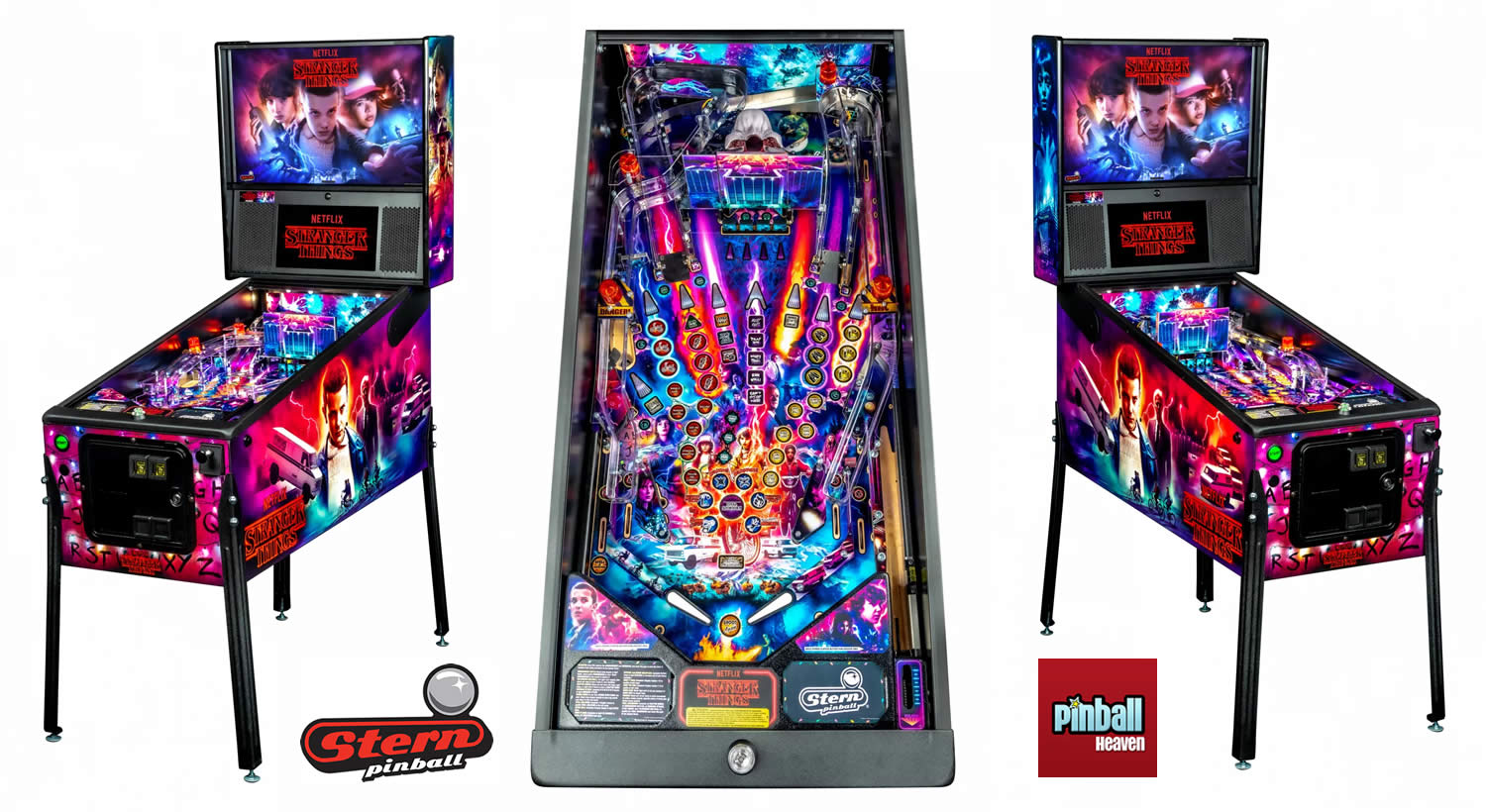 In our November Pinball Rumour Mill blog post we considered the potential of a Stranger Things pinball machine opening up a whole new pinball audience for Stern, but at the time we had no indication as to whether the simmering Stranger Things rumours would ever amount to anything. But just a matter of weeks later on the 23rd of December, Stern took many pinball followers by surprise and announced the launch of their Stern Stranger Things Pinball Machine, in Pro, Premium and Limited Editions.

Incredibly the Stern Pinball Facebook page featured shots of customers receiving their brand-new Stranger Things machines just hours after the official announcement was made. So, this also has to be one of the best choreographed pinball launches in recent history. Nice one Stern!

A Perfect Fit for Pinball

Gary Stern, Chairman and CEO of Stern Pinball, Inc. commented, “Stranger Things is one of the most successful shows of all time, connecting with people around the world and across generations. This game features action, mystery, suspense, and humour; Stranger Things is a perfect fit for pinball.”

Having hit the screens for the first time in July 2016, Stranger Things has enjoyed unprecedented popularity on Netflix and is now their most popular original show, with over 64 million views; almost 20 million more than their second highest rating series, The Umbrella Academy.

According to Stern, in the Stranger Things pinball machine players will experience the terrifying forces in Hawkins, Indiana that turn this small town “upside down” with supernatural elements, strange sightings, and government secrets. Stranger Things pinball machines will immerse players in a search to unravel the extraordinary mysteries and secret government experiments taking place at the Hawkins National Laboratory. The gameplay focuses on unlocking the hidden meanings of supernatural events occurring in and around the town, including the appearance of a girl known as “Eleven” with telekinetic abilities. The ball is wild as Mike, Lucas, Dustin, Will, Joyce, and Police Chief Jim Hopper help Eleven close the dimensional gate.

To order the Stern Stranger Things Pro pinball machine, visit the Pinball Heaven online shop or call us on 01772 816 677.

[…] taken a look at Stern Stranger Things Pro in our January 16th blog post, perhaps now would be a good time to take a look at the addition features of the Premium version of […]