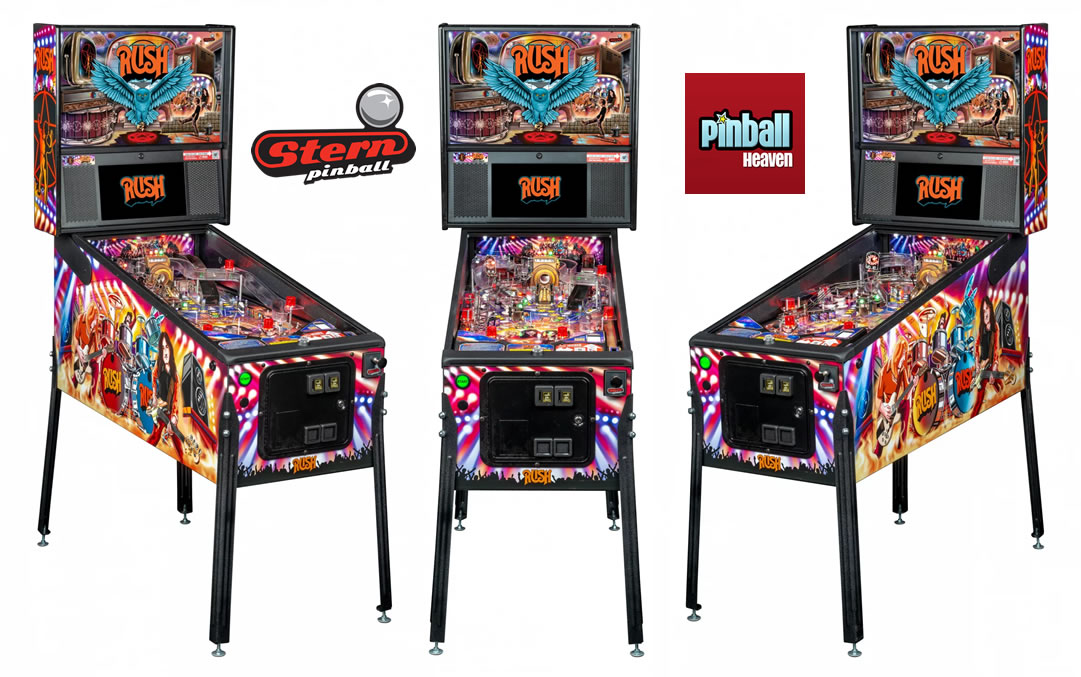 Rush Pinball Pro Edition by Stern Pinball: More than 40 million records sold worldwide. Countless sold-out tours. A star on the Hollywood Walk of Fame. Inducted into the Rock and Roll Hall of Fame. Officers of the Order of Canada. And that’s all very nice. But for Rush it’s all about the music, their friendship, and the fans.

“Partnering with Rush, we created a musical pinball experience that every fan will want to explore. Incredible music, memorable toys, unique mechanical pinball action, and custom speech will make players feel like they are on tour with the band.” Gary Stern, Chairman and CEO Stern Pinball.

Stern’s Rush pinball machines, reflect the energy, excitement, and experience of a live Rush concert.  In this epic music pinball adventure, players will travel with Rush through time.  Immersed in exclusive Rush concert footage and guided by custom speech from Alex Lifeson, Geddy Lee, and fellow Canadian Rock Hall of Famer, Ed Robertson of the Barenaked Ladies, players will experience Rush and their iconic music as never before.

Rush pinball machines include Stern’s new Insider Connected™ system, which enables players to interact with the game and a global network of players in a variety of ways.