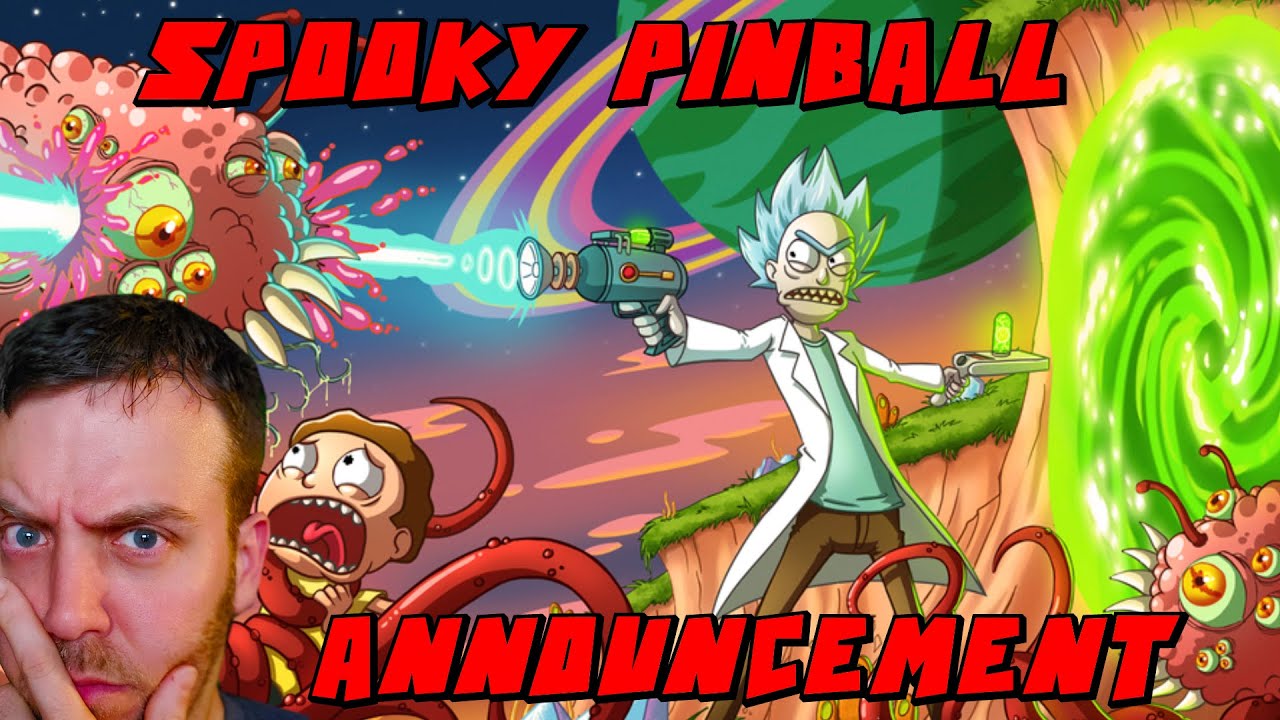 Designed by Scott Danesi who also designed 2017 Pinball News Game of the Year, Total Nuclear Annihilation, the Rick and Morty pinball machine has been produced in both Standard Edition and Blood Sucker Edition. And following in the Spooky Pinball tradition, with their latest creation being limited to a run of just 750 machines, Spooky’s Rick and Morty has proved to be so sought after, it has already sold out!

Starting life as a podcast “Spooky Pinball” on April 1st 2010, in 2011 Charlie Emery took a custom game to the Midwest Gaming Classic. That in turn lead to a meeting with Ben Heck who also shared a passion for pinball. Ben didn’t want to re-theme games, he wanted to build them from the ground up, so both driven by a vision for pinball innovation, on 1st February 2013, Spooky Pinball LLC was born. They weren’t hanging about either, releasing seven original titles in less than seven years is some going for a new pinball venture. And to this day the Spooky Pinball podcast continues, with their 10th anniversary 120th podcast show due to be aired on 1st March this year.

Both the Standard Edition and Blood Sucker Edition Rick and Morty Pinball Machines were only made available to members of the Spooky Pinball “Fang Club” and according to reports, pre-orders sold out within 4 hours. However, for those of you who haven’t yet joined the Fang Club and are not familiar with Spooky Pinball’s latest offering, this is what you have missed…

So, if you might be interested in the next Spooky Pinball release, make sure to subscribe to their Fang Club, engage with their podcasts and keep an eye on the Pinball Heaven blog. Because if the recent Rick and Morty instant sell-out was anything to go by, you will need all the advanced warning you can get!