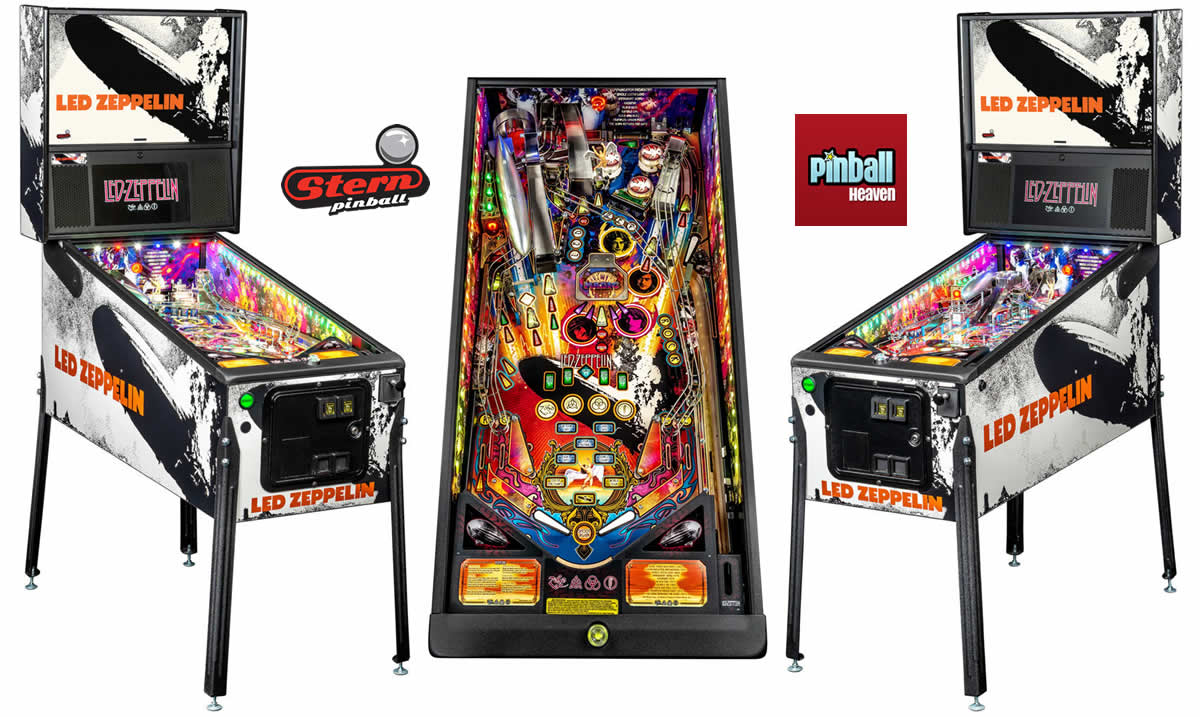 In this high energy rock and roll pinball concert experience, pinball and music are fused together.  Players are transported back to Led Zeppelin’s early days and tour the world from 1968-1980. As if players were members of the band playing its music, their play updates game features at the start of each verse and chorus of ten iconic Led Zeppelin songs, which are illuminated on the Premium Edition’s back panel: Good Times Bad Times, Whole Lotta Love, The Song Remains The Same, Rock And Roll, Trampled Under Foot, Ramble On, Kashmir, Immigrant Song, Black Dog and Communication Breakdown.

The Premium Edition takes the band’s first release in 1969, simply called Led Zeppelin, for the inspiration for its cabinet, backbox and translite art, which features the band’s iconic zeppelin airship imagery.

The Premium Edition has three flippers, with the third flipper on the upper-right. The playfield features a custom-moulded Hindenburg Zeppelin toy, based on the iconic imagery from the Led Zeppelin I album. When lit, the Zeppelin toy scores speed locks on the player’s musical journey to Zeppelin multiball. A custom Swan Song Records trademark Icarus sculpted leaper toy takes flight when smashed by the chaotic pinball. A 3-bank of drop targets, 3 custom steel ramps, and 3 flippers keep the pinball action rolling.

The Expression Lighting System provides full RGB playfield lighting through two rows of LEDs running down the inner sides of the cabinet along with a set of art blades to integrate the effect. As the recent Guns N’ Roses release showed, the bar for playfield lighting effects has been raised considerably and any rock-n-roll title has to provide a fully immersive lighting experience to match the intense music and sound effects, dynamic graphics and intense gameplay.

As an encore, Led Zeppelin Premium Edition has an additional reversing scoop and metal combo ramp, allowing players to keep the hits coming with constant adrenalized pinball action. A back panel mounted illuminated song status board indicates which Led Zeppelin song is in play.