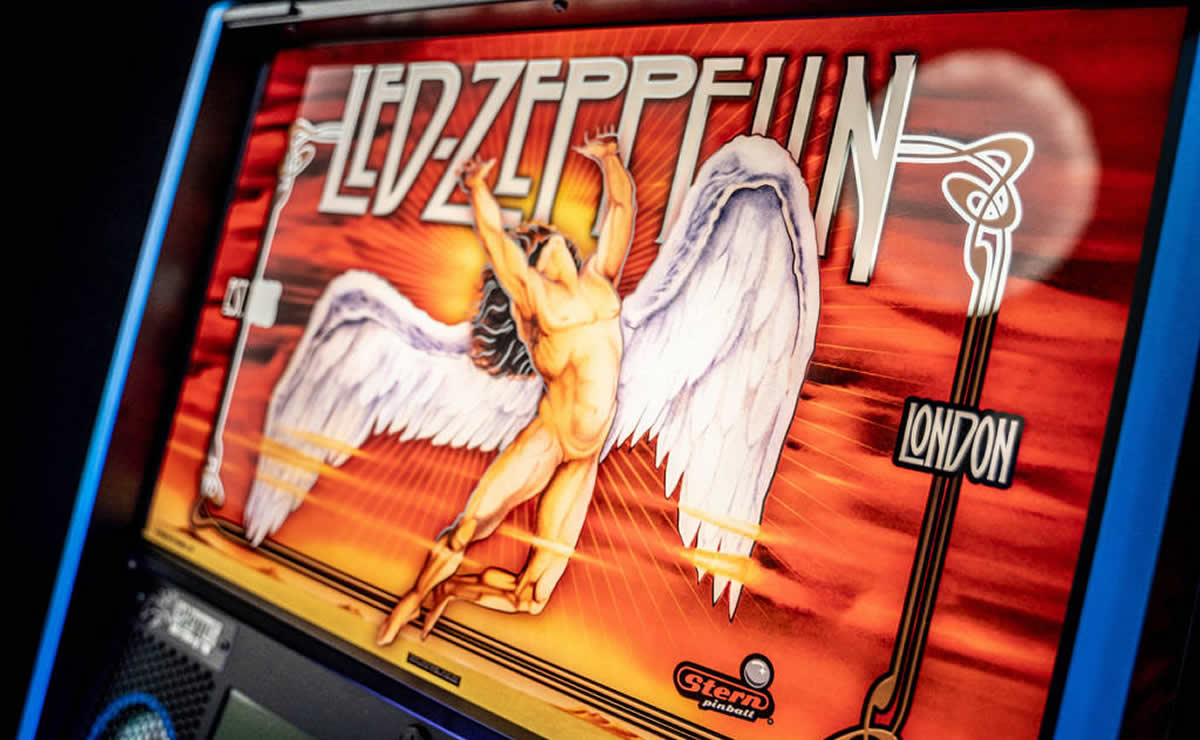 As the recent Guns N’ Roses release showed, the bar for playfield lighting effects has been raised considerably and any rock-n-roll title has to provide a fully immersive lighting experience to match the intense music and sound effects, dynamic graphics and intense gameplay. Stern achieves this by delivering their impressive ‘Expression Lighting System’ which brings the Limited Edition to life by providing full RGB playfield lighting through two rows of LEDs, running down the inner sides of the cabinet along with a set of art blades to integrate the effect.

The Limited Edition playfield is functionally the same as the Premium and Pro models, with the same flippers, inlanes, outlanes, side target banks and playfield inserts. However, the arrangement of the four band members’ faces changes to accommodate what Stern calls the ‘Interactive Electric Magic™ device’. This is a multi-purpose assembly which rises out of the playfield ‘Iron Man-style’ and features an optical spinner and a magnet with a built-in ball sensor. Apart from the free-spinning spinner, the magnet behind can grab the ball, throw it, hold it as a captive ball, or hold it and lower the device into the playfield to turn it into a locked ball.

With only 500 of these feature-rich Limited Edition machines being released be Stern, demand is bound to be high. To enquire about the new Led Zeppelin Limited Edition Pinball Machine, or to reserve yours, call Pinball Heaven today on 01772 816 677 or visit our online shop.