We currently have a limited number of new Houdini Master of Mystery Deluxe Edition pinball machines coming available, which we are now available to reserve on back-order.

Based in Chicago and famous for their Houdini and Oktoberfest pins, American Pinball’s mission is to provide the highest quality pinball machines in the world. Everything American Pinball creates is done with the customer in mind, to produce a product you will fall in love with and enjoy for a lifetime.

Houdini is a name known and respected around the world and is one that is associated with greatness. This legendary figure is celebrated with the premier machine from American Pinball. Houdini was more than just the world’s greatest escape artist, he was an illusionist, a movie star a debunker of psychics and some believe he was a government spy. Help Houdini perform his greatest tricks, be part of his movies, participate in a seance, and go on secret missions. 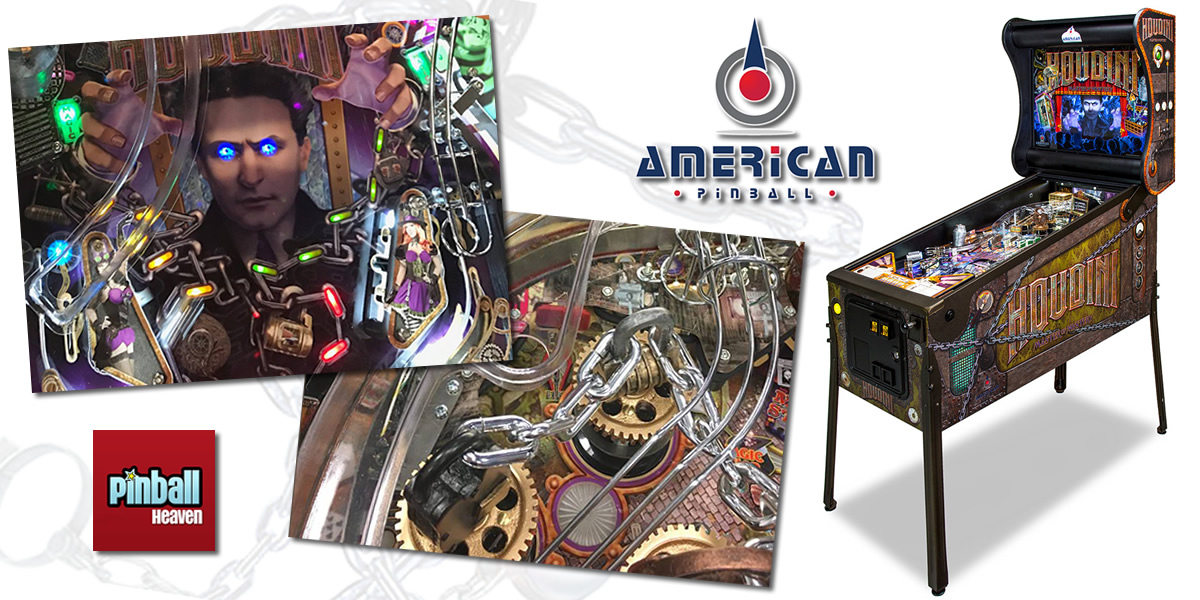 American Pinball’s Houdini Pinball Machine celebrates Houdini’s life as it envelops the player with all things Houdini. Help Houdini perform his greatest tricks, be a part of his movies, participate in a seance and go on secret missions.