Based on the Mattel die-cast toy car series and the spin-off TV cartoon series, the Hot Wheels Pinball Machine is the third release by American Pinball, following Houdini in 2017 and Oktoberfest in 2018.

Introduced in 1968, Hot Wheels was the primary competitor of Matchbox until 1997, when Mattel bought Tyco Toys, the then-owner of Matchbox. Today the Hot Wheels multi-generational franchise is bigger than it’s ever been and is by far the number 1 selling toy in the world, with Mattel’s Hot Wheels die cast cars being sought after and collected by hundreds of millions of fans. In total, over 5 billion cars have been sold, incorporating more than 20,000 different car designs.

Players will find themselves propelled into the middle of Hot Wheels TV, a hit YouTube series entertaining millions of viewers with all the adventure and excitement taking place in the teeming metropolis. 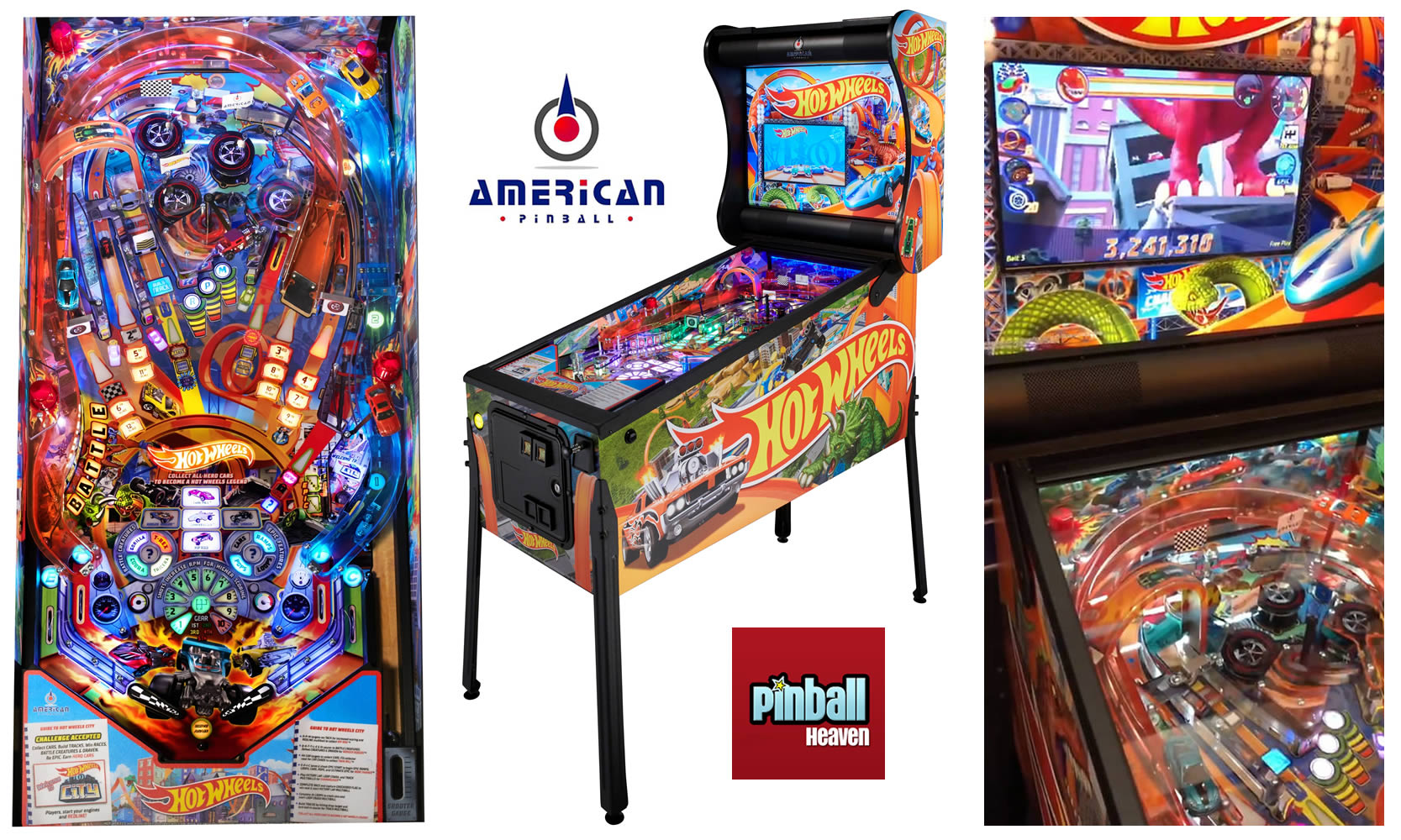 Gameplay objectives include car collecting and races, track building and crashes, epic challenges, creature battles and much more. And besides high-powered driving and racing, there are the ever-present challenges posed by the villainous Draven and his army of relentless Creatures.

To make an enquiry or to reserve your very own Hot Wheels Pinball Machine, call Pinball Heaven today on 01772 816 677 or visit our online shop.