To mark the 300th issue of Heavy Metal Magazine, Stern Pinball and Incendium have announced the launch of the first official Heavy Metal pinball machine.

Founded in 2006, Incendium is a multi-faceted production company known for an array of animation, comic books, toys, and video games. Driven by their passion for myths, monsters, and metal, the brand embraces the 80s and 90s counterculture with a contemporary twist.

Published six times a year, Heavy Metal is a high quality, glossy, full colour monthly which has been running in the US since April 1977, and inspired the 1981 animated movie of the same name. Published by Incendium, the Magazine is known primarily for its blend of dark fantasy and science fiction, erotica and steampunk comic strips. Heavy Metal is also recognised for its high quality artwork, with past contributions from internationally acclaimed artists such as HR Giger and Esteban Maroto.

Llexi Leon, CEO of Incendium comments. “Sci-fi, fantasy, horror, and metal collide in this first-ever pinball machine. This is our most ambitious Heavy Metal product yet. We couldn’t be more proud of the result and we’re hugely grateful for the support from Stern Pinball and Heavy Metal in bringing this amazing machine into existence.” 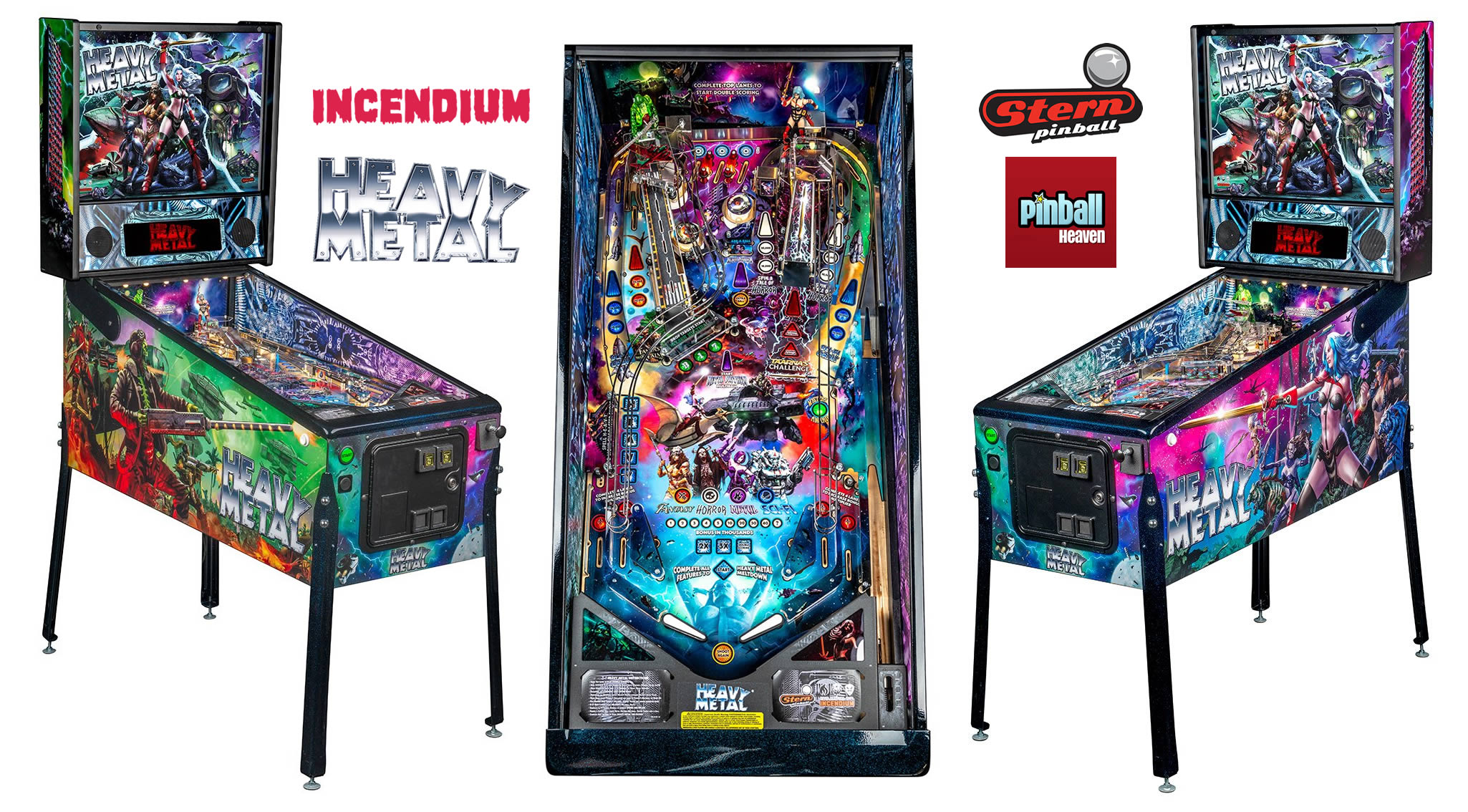 Heavy Metal Gameplay revolves around the warrior heroine Taarna and the undead tail-gunner Nelson. Both are given a voice for the first time in the in-game narrative. The playfield features invlude LED lighting, 2 steel ramps and rails, passive two ball lock, 3 pop bumpers, Opto spinner and 3 drop targets.  The original artwork also pays tribute to words and characters from the Magazine’s history.

The game also features cabinet armour in the unique colour changing galaxy black metallic, with all original art, figures of Taarna and Nelson that light up, custom art blades and a limited edition, hand numbered issue of Heavy Metal #300 with a variant cover.

Heavy Metal is a Limited Edition pinball machine, built to order and will only be available for the rest of 2020. To enquire about placing an order, call Pinball Heaven today on 01772 816 677.