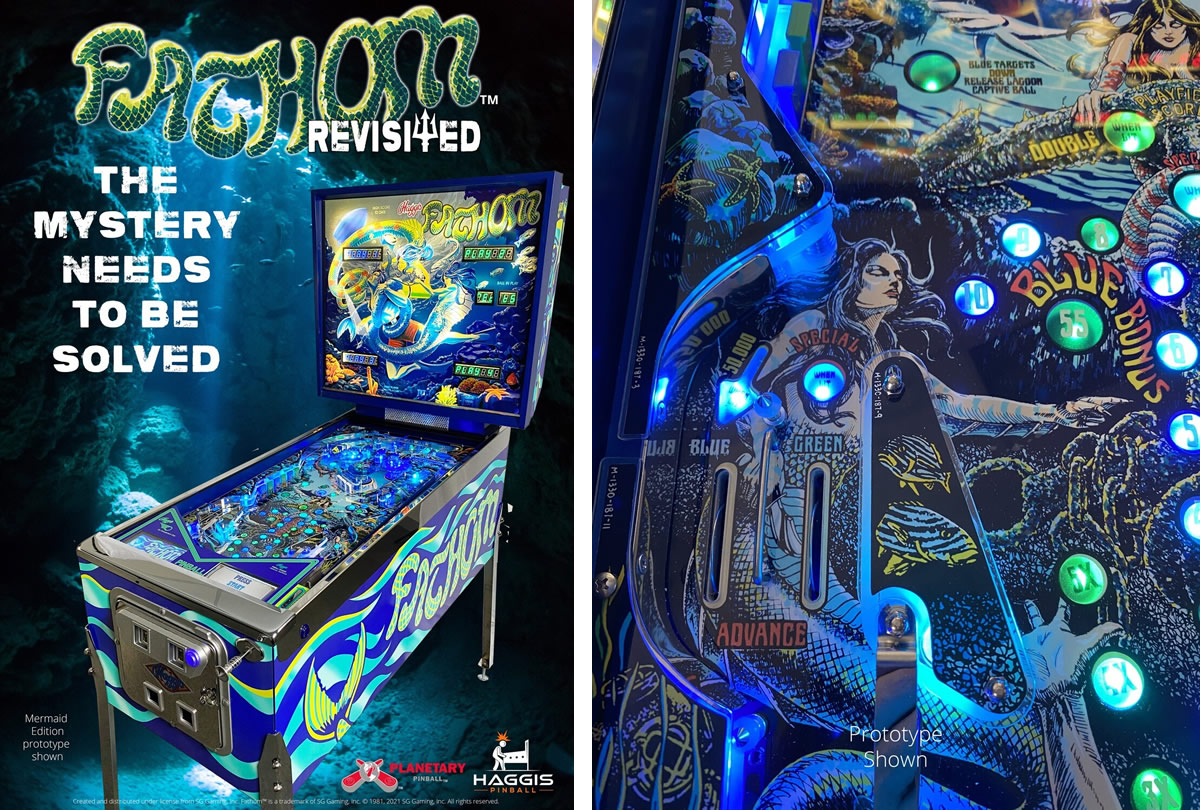 Australian pinball manufacturer Haggis Pinball has announced the Mermaid Edition of its Fathom pinball remake, limited to just 250 machines, has already sold out.

The good news is that Pinball Heaven will have several Haggis Fathom Mermaid Edition Pinball Machines splashing their way to the UK, with a small number of Mermaid Editions still available for sale.

Only 3500 Bally Fathom pinball machines were produced making it a highly desirable pinball machine and the obvious first choice for Haggis Pinball to remake 40 years on as part of their Haggis Classics series.

“There’s just so much to love about the Fathom pinball machine it’s hard to pick just one great thing about it,” says Damian Hartin, CEO of Haggis Pinball. “I love the art from Greg Freres and the layout is fantastic with all the drop targets and challenging but rewarding gameplay. Not to mention the amazing sound effects and iconic callouts. It has always been one of my favourite solid-state pinball machines from this era and I cannot wait to show people how we have been able to remake it using modern technology whilst preserving the look and feel of the original game.”

Haggis Pinball have used their enhanced playfield manufacturing process to prevent dimpling from everyday play as well as their extensive testing practices to ensure the game made today has the reliability pinball collectors and fans from around the world expect, so they can enjoy their games for years to come.

The Classic Edition isl as true to the original game as possible, with a single speaker sound system and single-colour LED displays and playfield lighting.