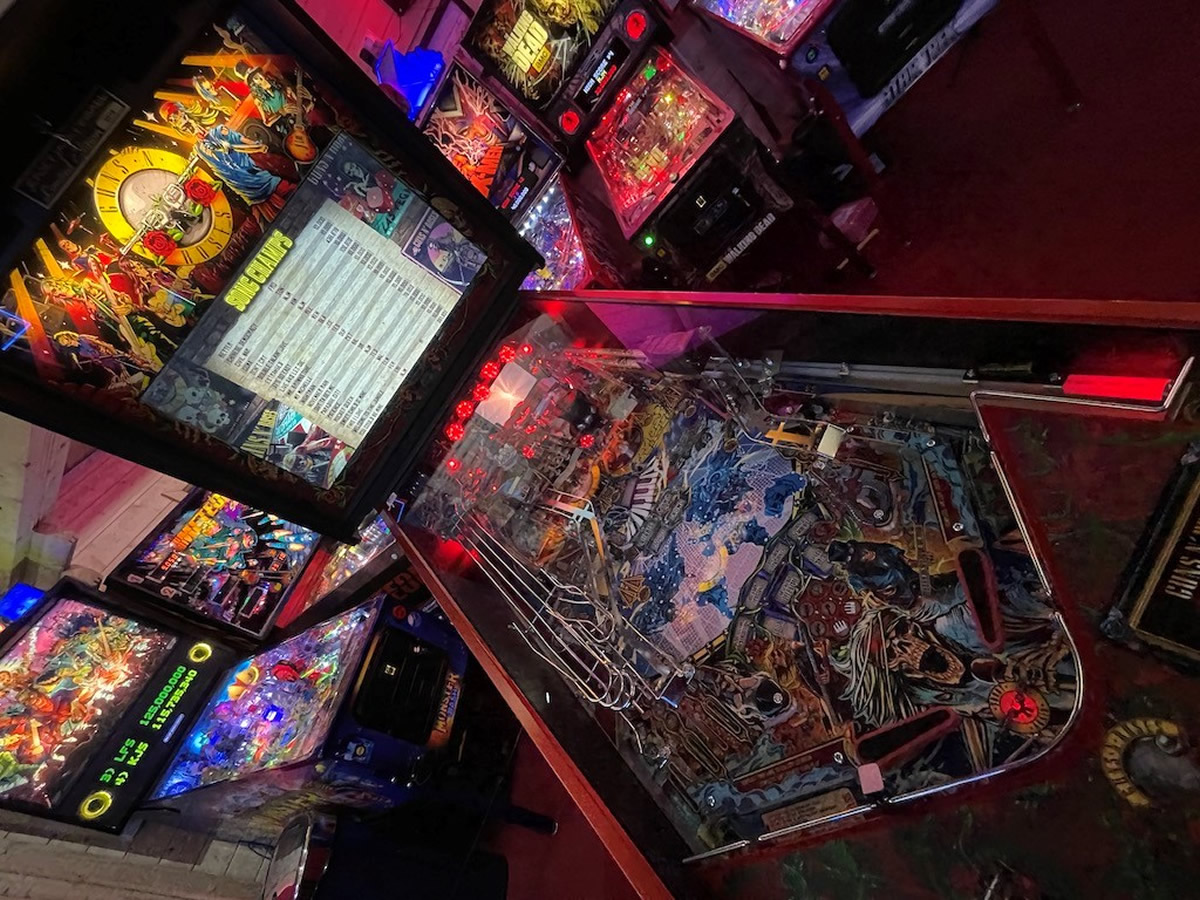 The first of our Guns N Roses pinball machines have arrived at Pinball Heaven and have already been installed on site.

Guns N Roses Not in This Lifetime pinball machine pays tribute to the band’s most successful tour, which took in 158 dates, sold over 5 million tickets and grossed almost $600 million USD.

Playfield Designed as the Stage

Jersey Jack Pinball have hit the jackpot with an exciting, inventive, colourful and challenging game where you have to play to impress and bring the music to the fans. The playfield is designed as the stage with an amazing light show merged with pinball versions of rock instruments, drums replace the normal pop bumpers with a set of real cymbals, one of the rails is an actual set of real drumsticks and on the opposite site another rain shaped in the form of a bass guitar. Leaving you to lock your balls ahead of the big music show on Slash’s guitar.

Designed by Eric Meunier of JJP and Slash himself this game really makes you feel like you are at a GN’R concert, with huge speakers moving concert lights and a challenging ruleset that’s all about you making the band perform and cashing in on that performance.

The game has some beautiful set pieces with great smooth shots with lots of flow, four flippers keep the action frantic and two screens giving you live band action and hints on what to do next. You can also connect the game to the Internet to get the latest updates and also put your game onto Scorbit to share your scores and challenge other players to a battle around the world. The art work and attention to detail in this game is superb and all backed up by Pinball Heaven’s fantastic service.