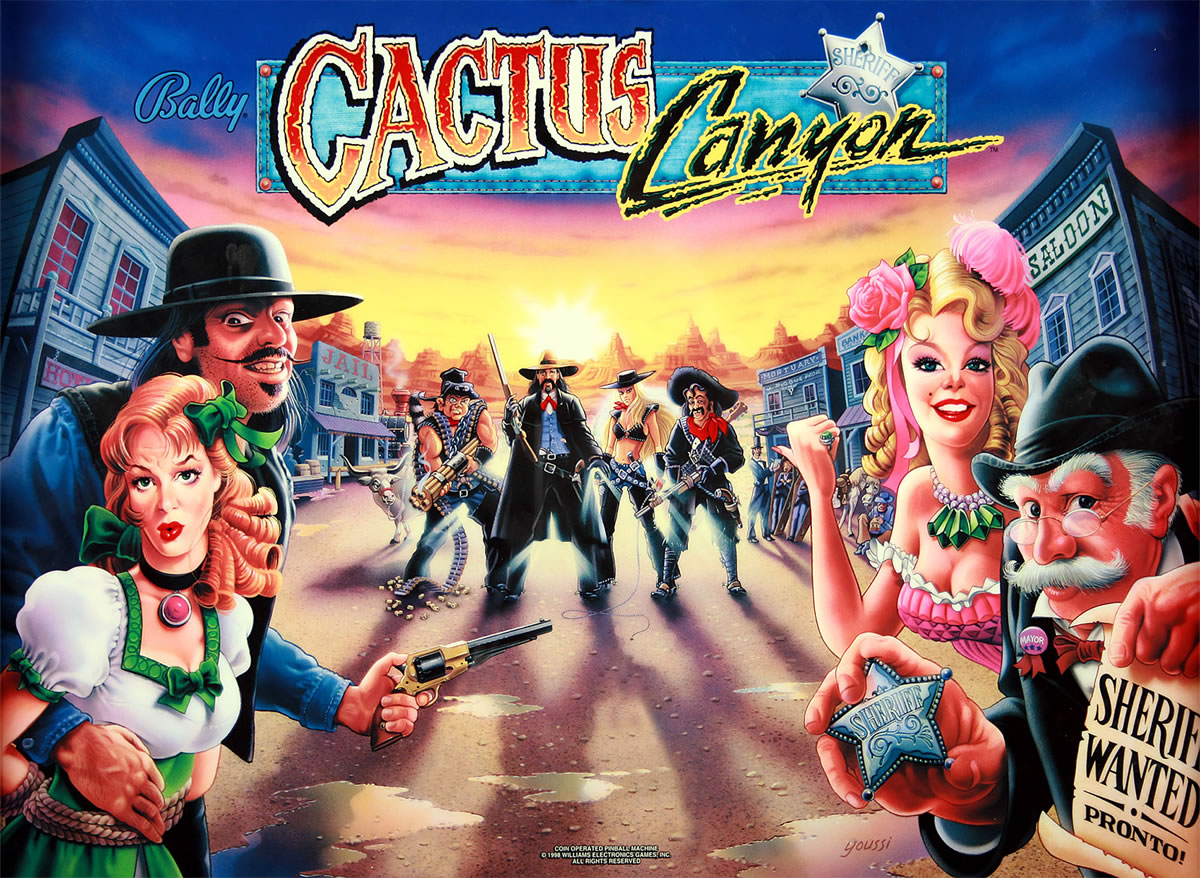 In a seminar last week at the Southern-Fried Gaming Expo in Atlanta, Ryan White of Chicago Gaming confirmed that the company has been working on a remake of the popular Bally title, Cactus Canyon.

Chicago Gaming Company has been making a name for itself in pinball circles over the past few years by remaking several Bally/Williams classics, including Medieval Madness, Attack from Mars, and Monster Bash. They have worked with Planetary Pinball and in the early days, Stern, to help produce them, and the quality has been top drawer.

Chicago Gaming remakes have so far featured three different models, with the higher-end machines being loaded with additional features, such as ColorDMD’s and cool toppers.

Bally’s Cactus Canyon was launched in October 1998 as was well known as being the last traditional pinball machine produced by Bally/Williams.

Designed by Matt Coriale and Tom Kopera, Bally’s original had a western cowboy theme that delivered plenty of humour and fun gameplay, with the game being highly rated among players.

In addition, Cactus Canyon’s very low production run of just 908 units makes it one of the most collectable pinball machines of all time.

Ryan also described how Chicago Gaming take an original game and disassemble/reassemble it several times to understand how it was put together, using that knowledge in conjunction with original documentation.

He also stated Chicago Gaming has over 850 playfields for their Cactus Canyon remake already screen printed and clear coated, ready to start production.

As with Medieval Madness, Attack from Mars and Monster Bash, the new Cactus Canyon will be produced in three variants: Limited Edition, Standard Edition and Classic Edition, with the full specification of all three editions still to be released.