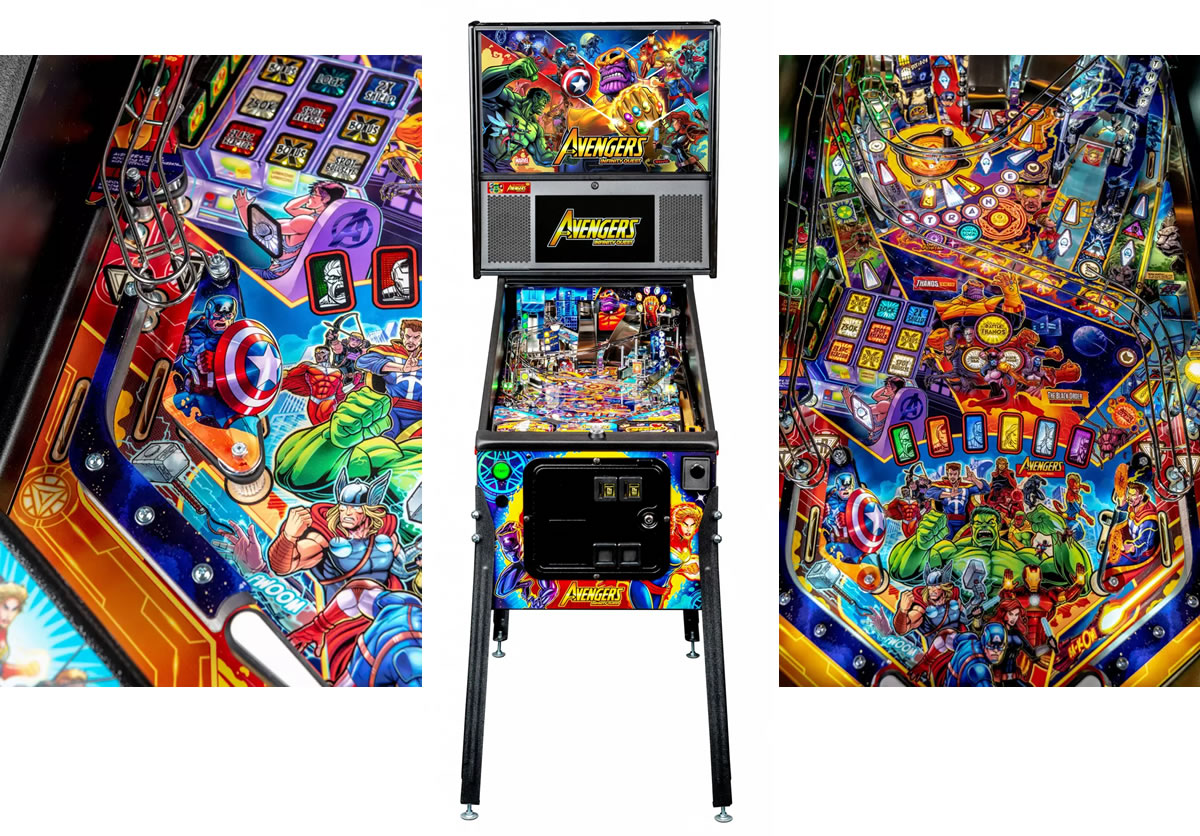 As with Batman, Jurassic Park and Teenage Mutant Ninja Turtles, Stern Pinball have returned to a previous theme for their new game title’s inspiration.

Stern’s most recent 2020 offering, Avengers: Infinity Quest pinball machine is an all-new design, based on the Marvel comic book series rather than any of the popular movies. It is a six-ball, three-flipper game with the third flipper half-way up on the left side of the playfield.

On the Pro Edition playfield, the Avengers tower grabs the ball and builds virtual locks for Iron Man Multiball. The description also suggests it uses optos to sense the speed of the ball, acting like a vari-target. The Pro Edition also includes drop targets on the left side to light up a bonus feature matrix in front. The Doctor Strange spinning disc acts much like the Tesseract spinner on the original Avengers game, only this one has a single post and no model mounted over the disc.