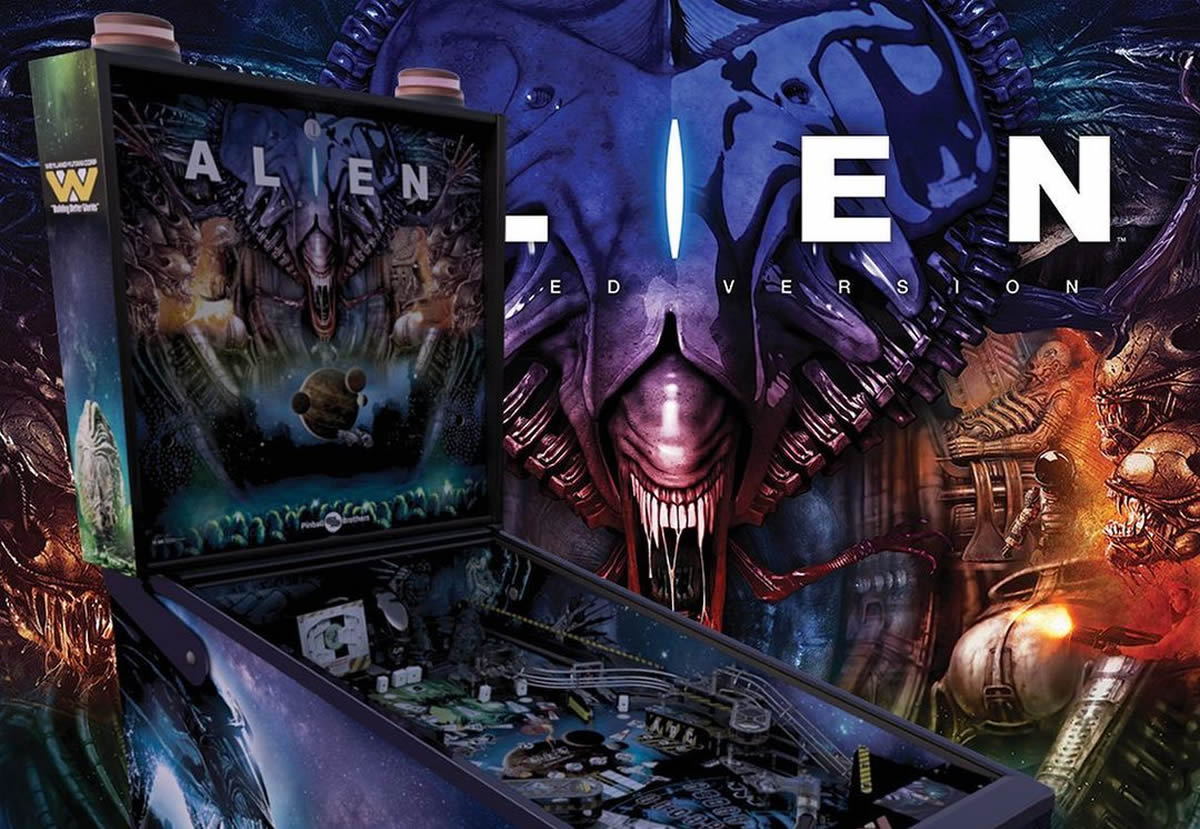 The Standard Version Version of Alien is limited to 1000 units worldwide and we are pleased to announce that the first shipment of Alien Pinball Standard Version machines is already on its way to Pinball Heaven.

“When the computer on the commercial space tug Nostromo detects a transmission in the middle of its flight home, it wakes its crew to investigate the source of the signal. On the moon LV-426 they discover the wreck of an old spaceship.

Step inside this high octane, survival horror and genre defining action thriller, bringing to life two of the iconic Alien films, both Alien and Aliens in this world under glass.

Packed full of toys, mechs and features, whilst delivering ground up improvements. Alien from Pinball Brothers brings the beast back.”

In this thrilling game, you will hunt Aliens by hitting the spinners hard, climb deck after deck to rescue colonists over the shiny steel ramps, and finally stand up to the Alien queen in her nest! Be careful or the ball-eating Xenomorph will throw your ball into the abyss and call its siblings to hunt you. Get your crew members out of their hypersleep chambers to stand up to the danger with more than just one ball. Watch the screen over the airlock closely, so you know where the enemy is waiting for you and how much time is left before all is lost. If the moment is right, jump into the airlock and see what you must do next to save everyone. Maybe you will even find a secret entrance?

If you find the eggs, burn them so they won’t hatch more of those face hugging monsters that try to jump at your ball from all sides. The MU-TH-UR 6000 computer will always have some surprises to help you out, so be sure to log in often. Run the lengths of the darkest corridors to get a better shot at their ends. Get your crew into the ironclad APC and run it through the inner hallways of the colony structures. And don’t forget to take your weapons with you! Better use them all to double your score, save a life, or just hit that Alien twice with one shot!

No pre-orders have been taken for the new Alien Pinball Machine, with the game only being available direct from Pinball Brothers distributors.

To enquire about the new Alien Pinball Machine: Standard Version, or to place an order, call Pinball Heaven on  01772 816 677 or visit our online pinball shop.